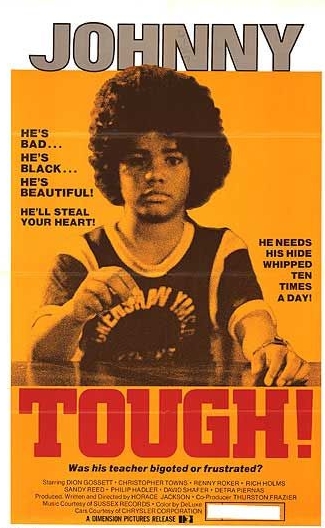 Description: Johnny Tough is a “blaxploitation” film tempered by a social consciousness. Dion Gossett plays a young urban African-American. Gossett continually rebels against the white establishment, as represented by his teacher. The boy finds he can expect no back-up of his attitude at home, where his parents wallow in self-indulgence, so he feels that a show of force is his only option.