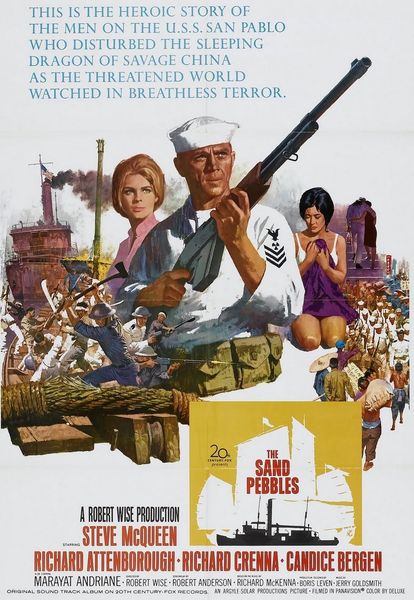 Description: Engineer Jake Holman arrives aboard the gunboat U.S.S. San Pablo, assigned to patrol a tributary of the Yangtze in the middle of exploited and revolution-torn 1926 China. His iconoclasm and cynical nature soon clash with the “rice-bowl” system which runs the ship and the uneasy symbiosis between Chinese and foreigner on the river. Hostility towards the gunboat’s presence reaches a climax when the boat must crash through a river-boom and rescue missionaries upriver at China Light Mission. 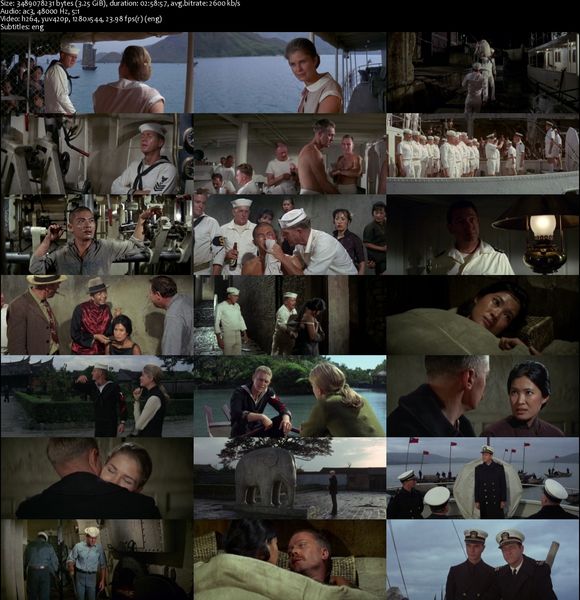