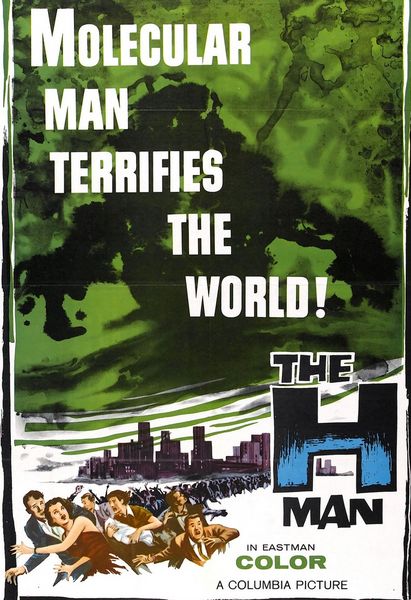 Description:  When a narcotics deal goes sour and a suspect disappears, leaving only his clothes, Tokyo police question his wife and stake out the nightclub where she works. His disappearance stumps the police – until a young scientist appears who claims that H-Bomb tests in the Pacific, evidenced by a “ghost ship” that has turned up in the harbor, have created radioactive creatures – “H-Men” – who ooze like slime and dissolve anyone they touch. 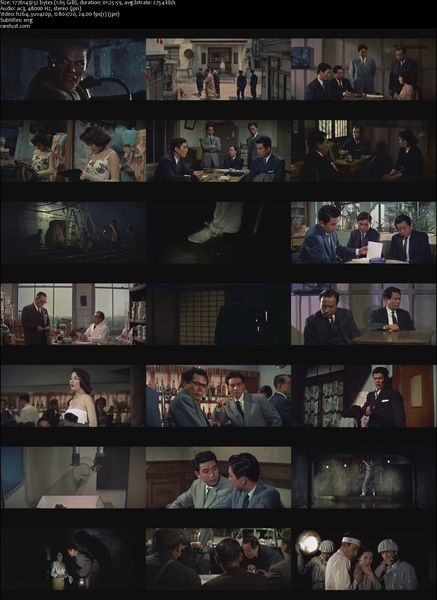