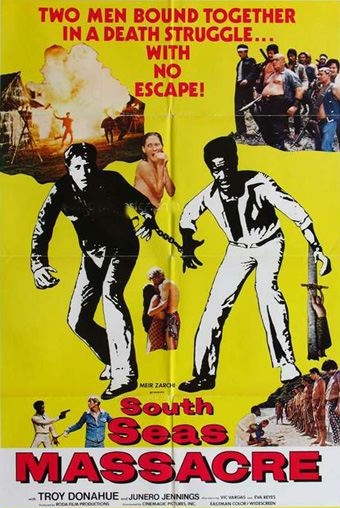 Description: Hunky Troy Donahue accidentally kills the brother of this black lawman and is captured by him ona cruise ship. Vicious, rape-happy pirates loot the ship but the two, cuffed together, escape to a remote unheard of island. There they find peace-loving villagers and they are welcomed, told to act cool and stop their fighting, hook up with chicks, etc. But them damned pirates find the damned island and want to use it as their base. They rape the women, kill the men, and lock everyone left standing up in a cage in the middle of the village–except for Troy Donahue and his chicky. Ol’ Troy, being an outlaw, gets to hang out with the pirates. 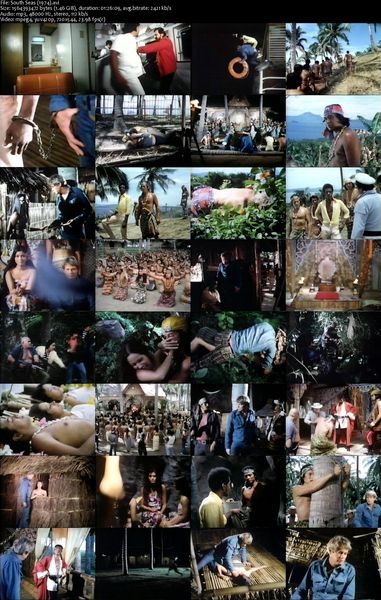