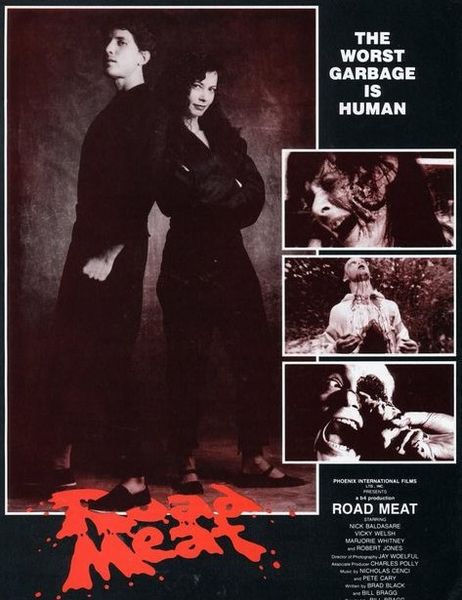 Description: Two lunatics, Nick and Vick, celebrate their wedding day at the local asylum like any couple would – by kicking off a killing spree in style (with a gonzo, saxed-out theme song behind them.) After running a man down the two lovebirds hit the trail leaving the bodies of hitchhikers, fast-food employees, and local bowling champions in their wake. That is, until the duo cross paths with an old woman in the midst of a run-in with a creepy cult. After saving her, Nick and Vick find out she’s being set up by her son who wants to take all of her money. She takes them back to her house and the three hatch a devious plan.