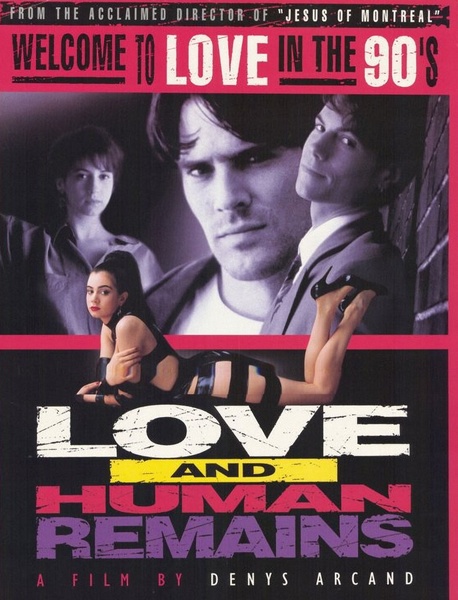 Description: Set in a dreary urban landscape of an anonymous Canadian city, LOVE AND HUMAN REMAINS is a dark comedy about a group of twentysomethings looking for love and meaning in the ’90s. The film focuses on roommates David, a gay waiter who has has given up on his acting career, and Candy, a book reviewer who is also David’s ex-lover. David and Candy’s lives are entangled with those of David’s friends (a busboy, a psychic dominatrix, and a misogynistic civil-servant) and Candy’s dates (a male bartender and a lesbian schoolteacher). Meanwhile, a serial killer menaces the concrete and asphalt neighbourhood in which David and Candy live. 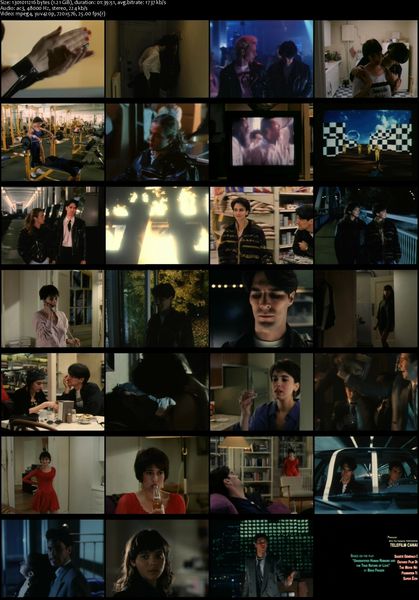