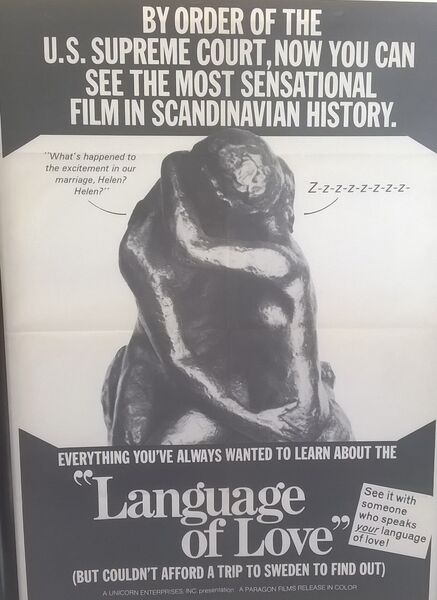 Also known as: Ur kärlekens språk

Description:  A modern advanced film about sexual education an behaviour based on the clinical research made by famous American and Swedish doctors. The film centres around a panel; Inge and Sten Hegeler, Maj-Brith Bergstroem-Walan and Sture Cullhed, all well known, reputable experts, who have devoted their scientific studies to the various fields of sexual life. The film deals with all kinds of problems connected with the sexual relationship of people. Whilst every question is discussed by the panel., the film illustrates; the difference between male and female sexual organs and their functions, positions, and authentic coition whereby a split screen system is used enabling us to see the various reactions in different parts of the body. In connection with this as well as in other parts of the film, diagrams and animations are used to simplify the understanding of the complicated reactions which occur when a person is under sexual stimulus. The panel also discusses the role of sex in society, the question of prejudices and taboos, sex in clothes, sex in art, etc. etc. 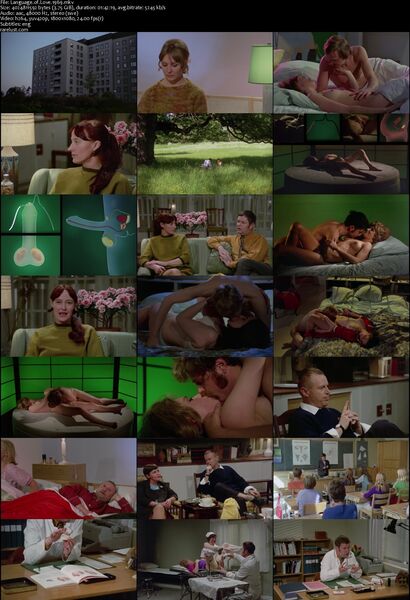