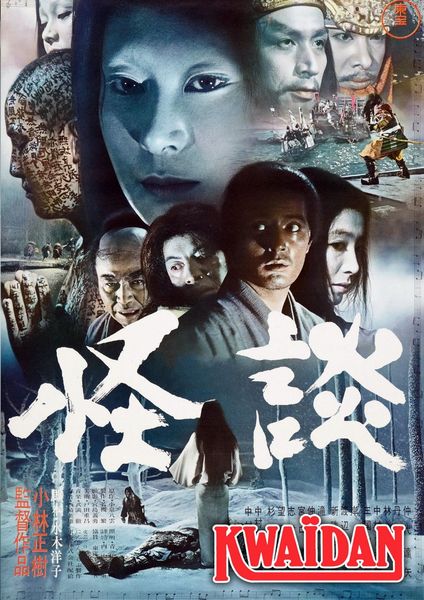 Description: This film contains four distinct, separate stories. “Black Hair”: A poor samurai who divorces his true love to marry for money, but finds the marriage disastrous and returns to his old wife, only to discover something eerie about her. “The Woman in the Snow”: Stranded in a snowstorm, a woodcutter meets an icy spirit in the form of a woman spares his life on the condition that he never tell anyone about her. A decade later he forgets his promise. “Hoichi the Earless”: Hoichi is a blind musician, living in a monastery who sings so well that a ghostly imperial court commands him to perform the epic ballad of their death battle for them. But the ghosts are draining away his life, and the monks set out to protect him by writing a holy mantra over his body to make him invisible to the ghosts. But they’ve forgotten something. “In a Cup of Tea”: a writer tells the story of a man who keep seeing a mysterious face reflected in his cup of tea 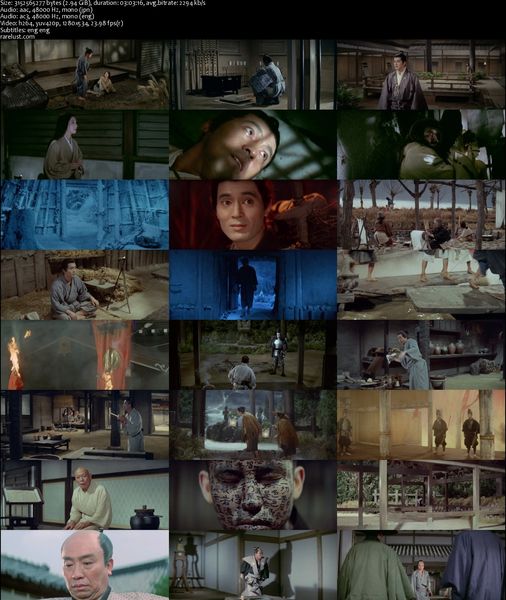