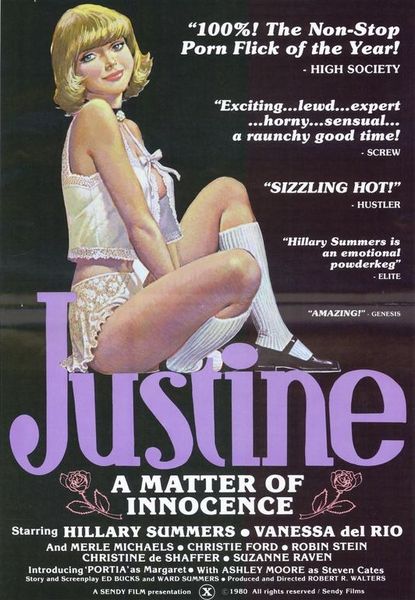 Description:  Justine (Hilary Summers), just having graduated from a French finishing school, decides to go live with her rich uncle (Ashley Moore). She is charming and sweet, but her uncle is scandalous and wanton. Justine happens one day to enter her uncle’s bathroom and discovers him with his mistress. This utterly shocks the innocent Justine, and she runs frightened to her bedroom. The image of the sexual encounter burns in her mind, however, and she begins to have lusty sex-filled dreams of her own. For the bulk of the film Justine is a virgin with explicit fantasies. In the end, however, she strategically moves from fantasy to reality. 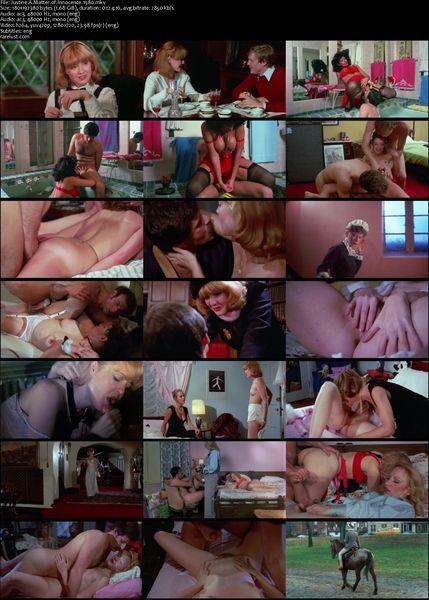