Everything Is Terrible Presents 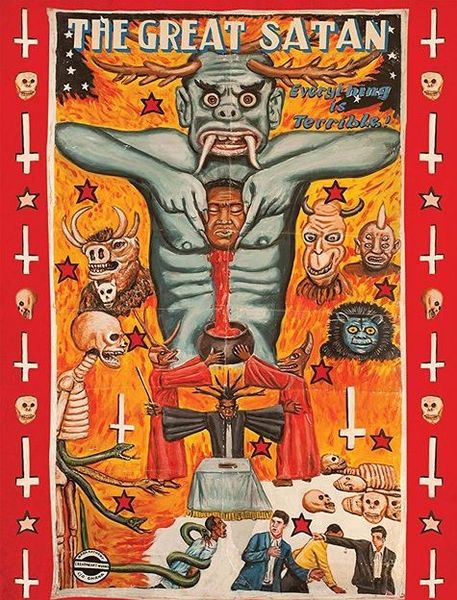 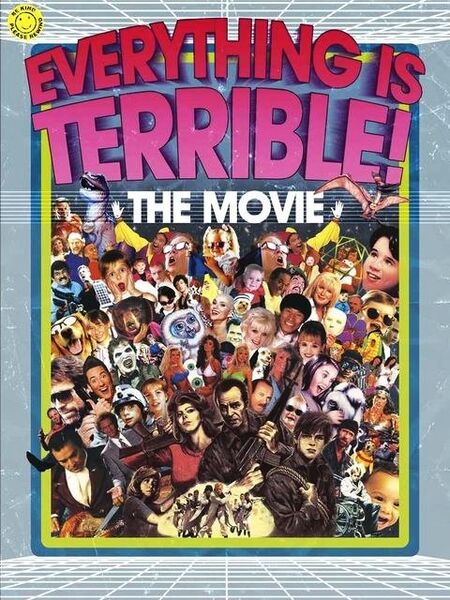 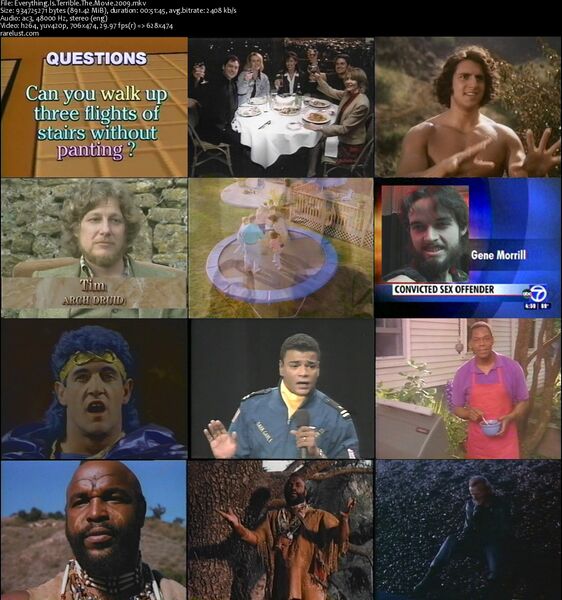 Everything is Terrible Holiday Special (2012) | Imdb 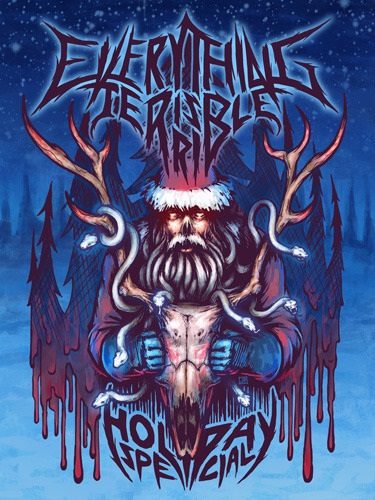 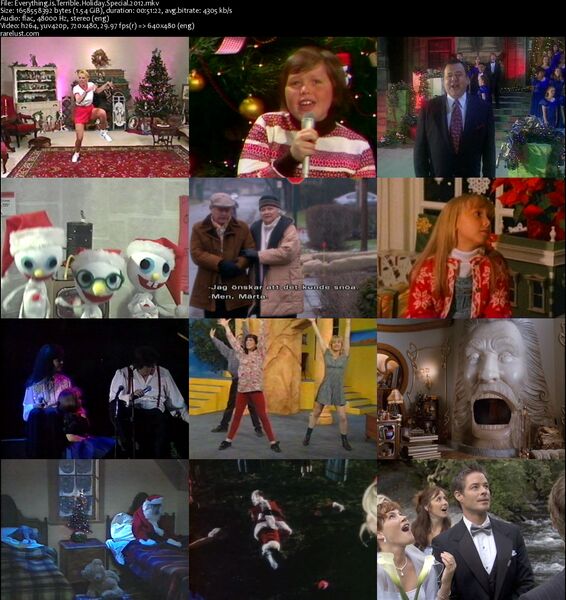 Everything Is Terrible Presents: The Great Satan (2018) | Imdb

Description: Since the dawn of time, man has searched for answers – and failed. But the fog of existence has finally cleared thanks to the eternal fruits of your favorite found footage collective, Everything Is Terrible. Over the last 10 years, EIT. has reinterpreted our shared memory into 3,000+ daily web videos, collected 15,000 Jerry Maguire VHS tapes, and forever altered the collective consciousness. Now, with their longtime collaborator Lucifer, Everything Is Terrible. has ingested over 2,000 satanic panic, religious kook, and D-horror VHS tapes. They have recontextualized them and created a narrative feature that reminds us all who we are, why we are here, and what we should be doing with our paltry time on this dumb planet. And now they invite you to be an initiate of the psychedelic devotion of EIT. As you take your blood oath, your journey will brim with evangelical ducks, goopy ghouls, and sad white men who believe that Dungeons and Dragons summon actual horned demons. 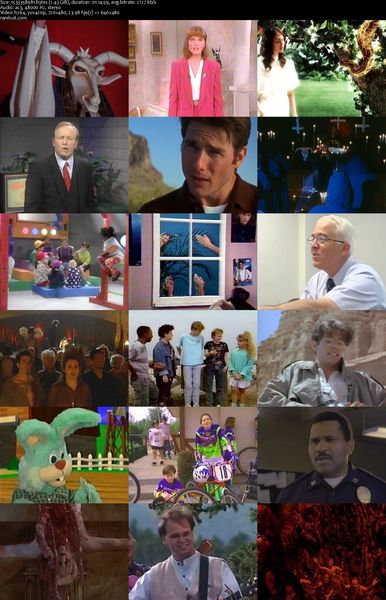 Everything Is Terrible Kidz Klub (2022) | Imdb
EIT has unearthed thousands of forgotten VHS tapes aimed at yesterday’s youth to bring you their most mind-melting movie to date. Watch as all colors of the rainbow join forces to destroy the tyranny of adult civilization once and for all. 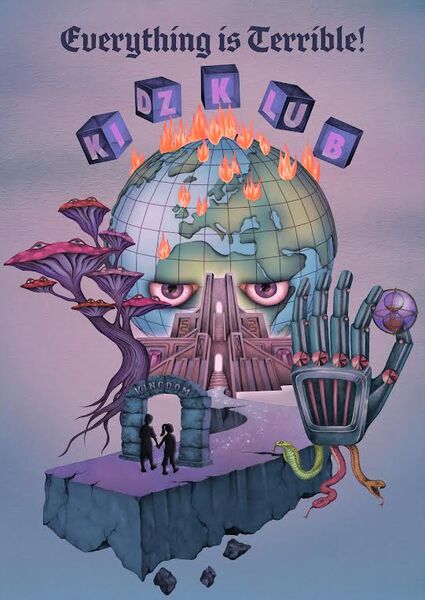 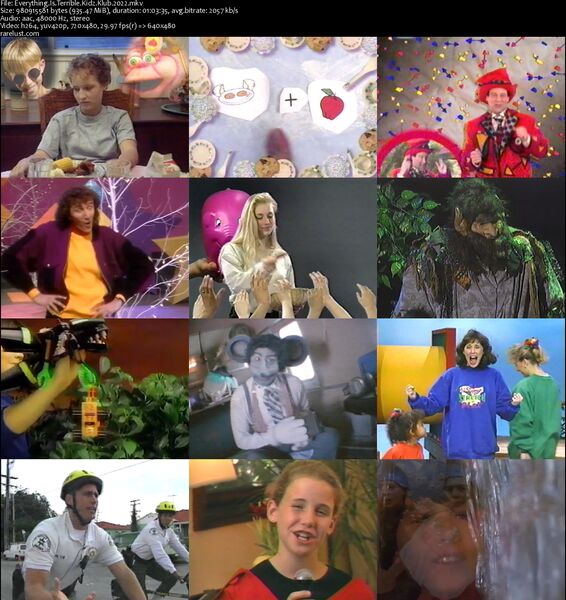 Everything Is Terrible Kidz Klub Short 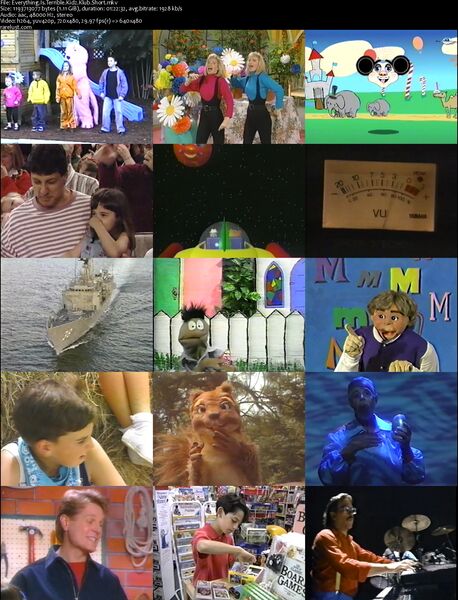 Everything Is Terrible Greatest Hits 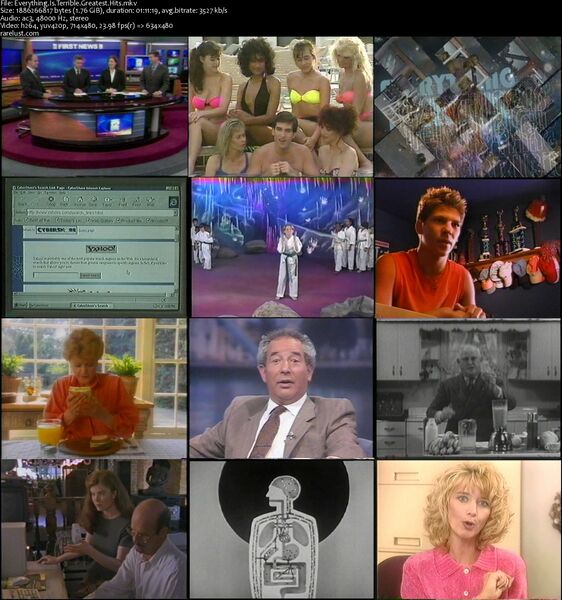 Description: To prove they’re still ‘with it’ and ‘urban,’ Everything is Terrible! has taken the entire history of co-opted cool, and bashed it together into one continuous mix that will not only please your earballs, but also your eyelobes. Can we B real 4 a second? Everyone knows rap music is best when performed by white people promoting reasonably-priced hammed-burgers. So doesn’t it make sense to witness and celebrate the REAL birth of hip-hop? You know, the one involving child actors rappin’ ’bout stamps, and claymation doughboys spittin’ rhymes ’bout crescent rolls! And you’d never in a billion years think old ladies can rap- BUT THEY TOTALLY CAN! After EIT! Does The Hip-Hop!, you’ll never need to listen to music again! For various reasons! …And it don’t stop! Word! 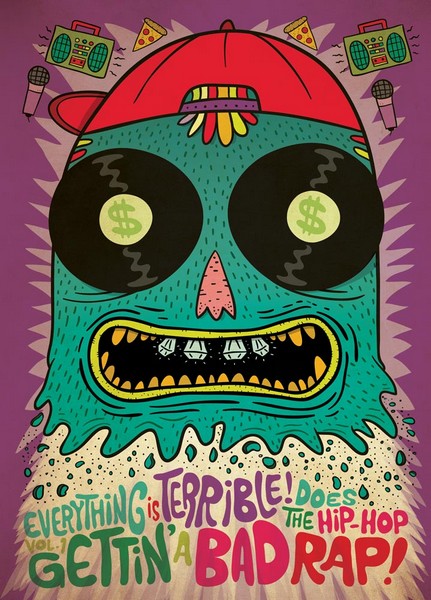 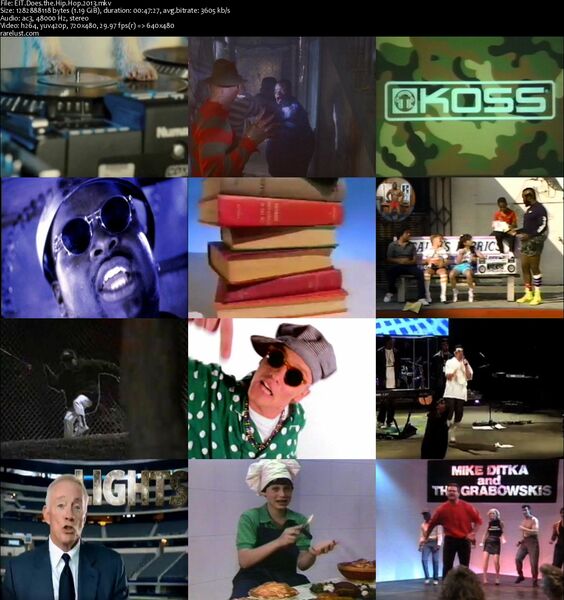 Starring: Tim Allen(archive footage), Richard Belzer(archive footage), Milton Berle(archive footage)
Description: The structure of Comic Relief Zero is pretty ingenious. Well worn tropes of the stand-up comedy circuit are trotted out in their various incarnations and throughout different eras, creating a cavalcade of squirm inducing “jokes” that build upon one another and at times come very close to condemning the entire format of stand-up comedy itself. The audience is confronted with one terrible comic after another doing a bit about immigrants, then a bit about homosexuals, then a bit about women, and so on and so forth until the sheer magnitude of the vile stuff that’s taking place begs for a psychedelic interlude. Which the folks behind the curtain are quick to provide. 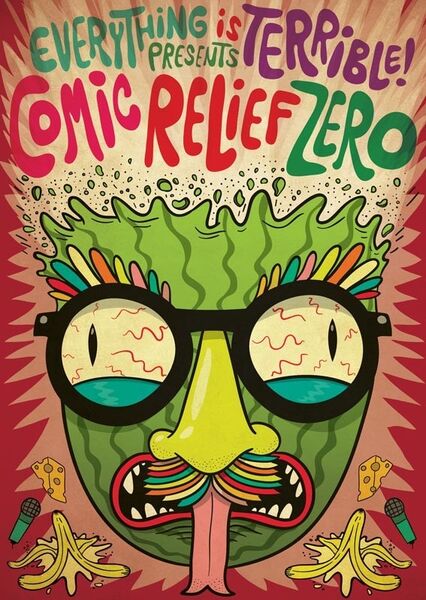 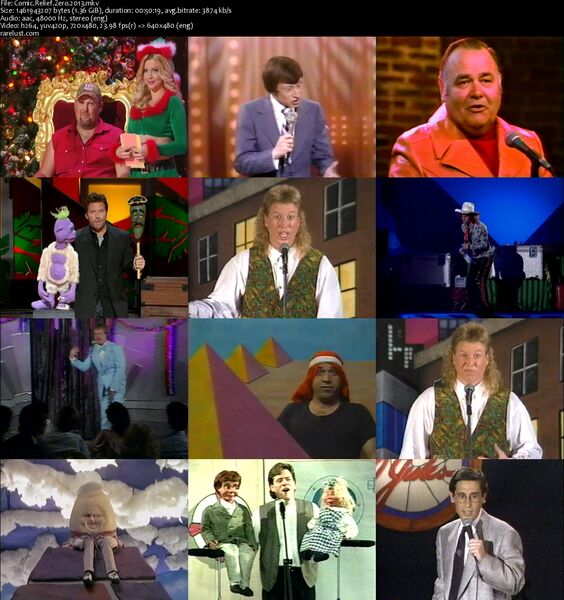 23 Responses to Everything Is Terrible Presents