Description: A group of skiers on the Swiss Alps fall into a chasm opened during an avalanche. Inside, they find a metal mask of some sort, but more digging reveals a body hidden under the ice, the body of an executed witch, buried in the ice for centuries. Another avalanche seals them in. As they begin exploring this cavernous pit in the snow, they discover a strange underground city buried in the ice and snow, the same place the witch was executed. From then on, witch tries to avenge her death, possessing members of the ski group. 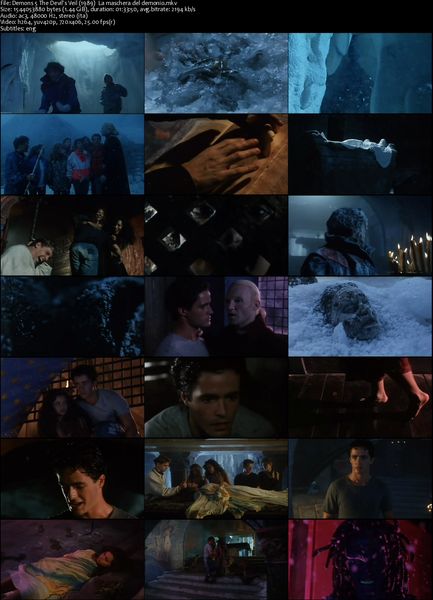 Tagged 1980s, Based On Novel, Italian, Italy. Bookmark the permalink.