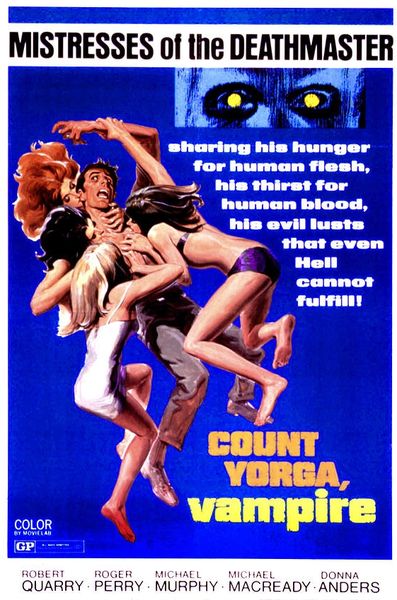 Also known as: The Loves of Count Iorga, Vampire

Description: Sixties couples Michael and Donna and Paul and Erica become involved with the intense Count Yorga at a Los Angeles séance, the Count having latterly been involved with Erica’s just-dead mother. After taking the Count home, Paul and Erica are waylayed, and next day a listless Erica is diagnosed by their doctor as having lost a lot of blood. When she is later found feasting on the family cat the doctor becomes convinced vampirism is at work, and that its focus is Count Yorga and his large isolated house. 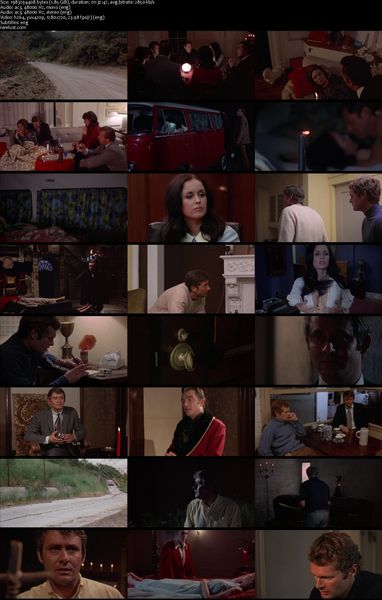