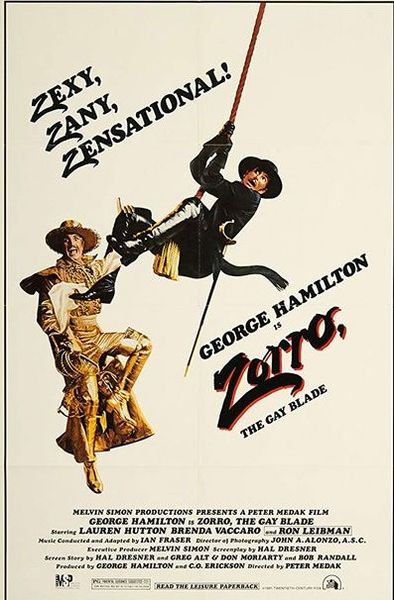 Description:  Mexico, 1840s. When the new Spanish Governor begins to grind the peasants under his heel, wealthy landowner Don Diego Vega follows in his late father’s footsteps and becomes Zorro, the masked man in black with a sword who rights wrongs and becomes a folk hero to the people of Mexico. When Vega sprains his ankle and cannot continue his campaign against the corrupt Captain Esteban, his long-lost twin brother Ramon arrives to visit. Bunny was sent off by their father to the British Royal Navy to make a “man” of him, for he is flamboyantly gay, and now known as Lt. Bunny Wigglesworth. ‘Bunny’ agrees to temporarily take his brother’s place as Zorro, but opts make changes in the established Zorro persona. Bunny becomes “the Gay Blade,” and his new costumes are lemon, plum, and scarlet colored. He insists on using a whip. 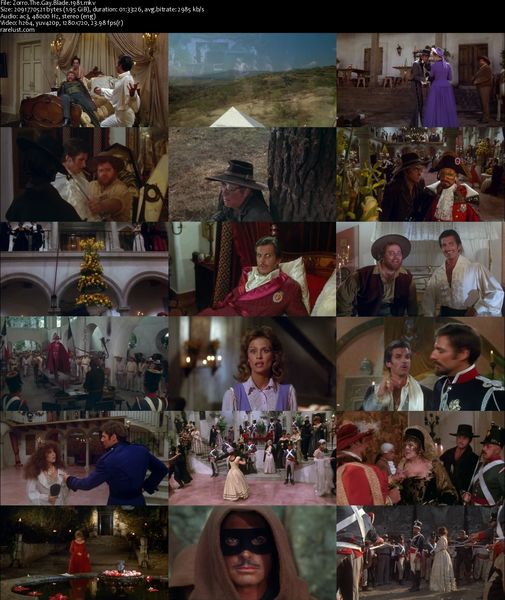