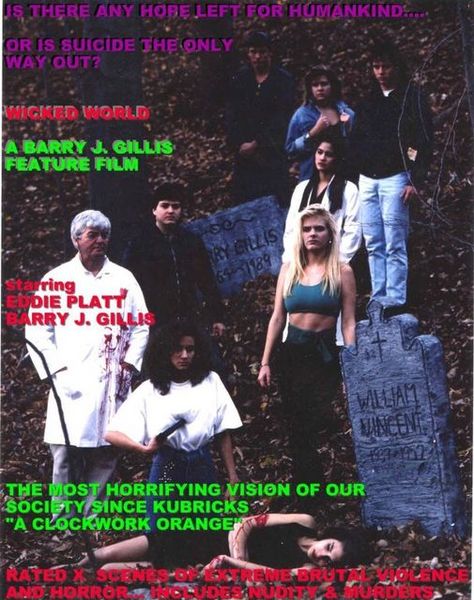 Description: Violent, twisted, and brutally horrifying, WICKED WORLD is a feature film like nothing else you have ever experienced. Grant Ekland (Barry J. Gillis, THINGS 1989) is a dirty cop, with a checkered past that endlessly haunts him. The love of his life was murdered by a serial killer named Harold, (Eddie Platt) who slaughtered a countless number of humans in the city of Toronto, Canada, before he was finally locked up and sent to a mental institution. Now many years later, Harold is set to be released back into society, and Ekland hopes for a final showdown with his arch enemy. Nightmares clash into a brand new reality, as Ekland faces a host of problems and obstacles that he himself must overcome, if he ever hopes to face the murderous serial killing madman, and set his own inner demons free.. 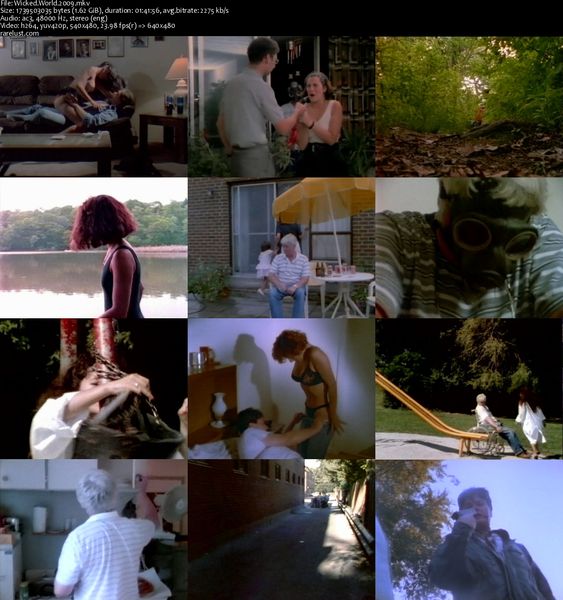