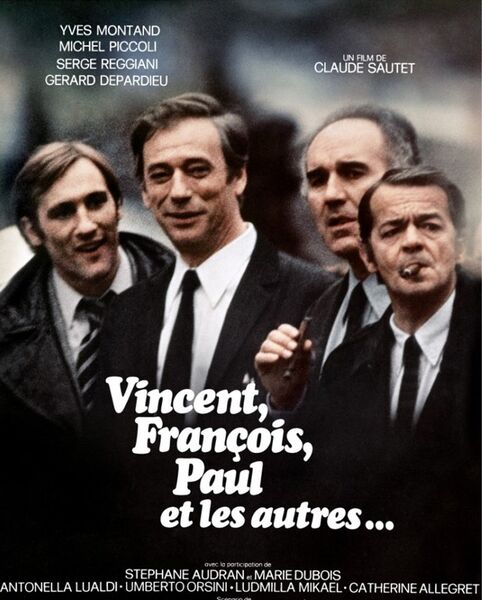 Description: Three friends face mid-life crises. Paul is a writer who’s blocked. François has lost his ideals and practices medicine for the money; his wife grows distant, even hostile. The charming Vincent, everyone’s favorite, faces bankruptcy, his mistress leaves him, and his wife, from whom he’s separated, wants a divorce. The strains on the men begin to show particularly in François and Paul’s friendship and in Vincent’s health. A younger man, Jack, becomes attractive to Lucie, François’s wife. Another young friend, the boxer Jean, who’s like a son to Vincent and whose girlfriend is pregnant, has taken a bout with a merciless slugger. Has happiness eluded this circle of friends? 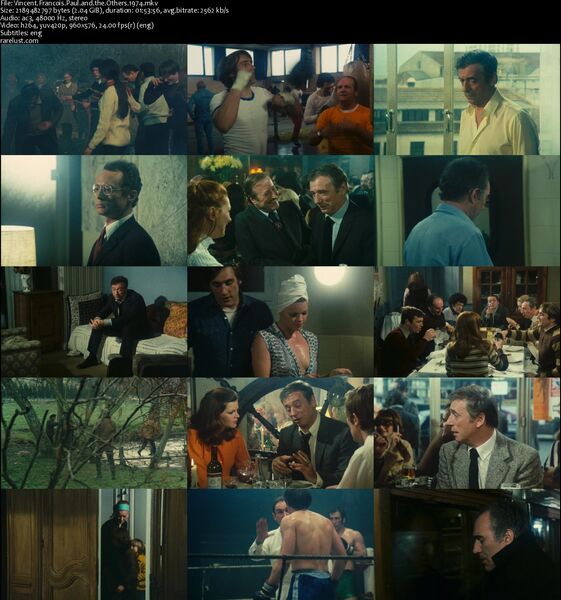