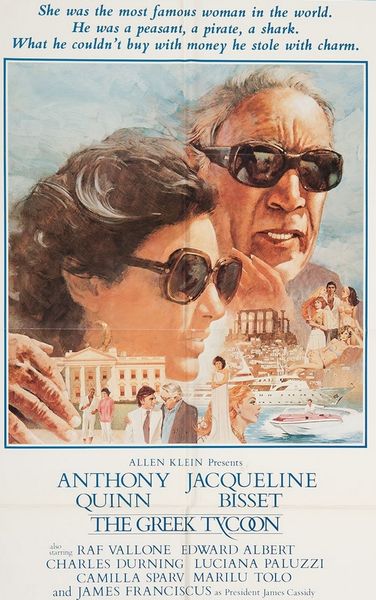 Also known as: The Iron Commissioner, The Iron Superintendent

Description: She was the most famous woman in the world. He was a peasant, a pirate, a shark. The Greek Tycoon is the story of their fiery romance. Anthony Quinn portrays Theo Tomasis – the world’s richest and most flamboyant shipping magnate, a man who seemingly has everything he could want – who reaches out and captures his final prize: lovely, expensive, legendary Liz Cassidy (Jacqueline Bisset), widow of a President of the United States. This lavishly mounted drama which focuses on the international jet set’s continual struggle for love and power was filmed in Corfu, Athens, London, New York and Washington, D.C. against backdrops and breathtaking beauty and luxury.