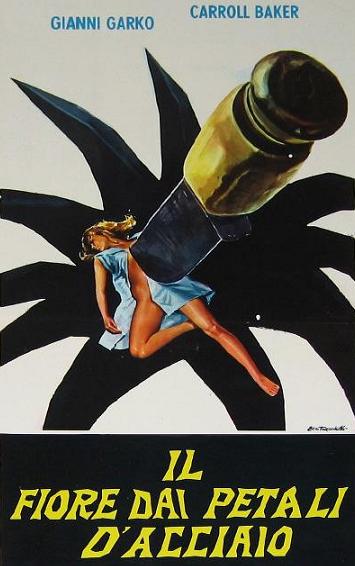 Description: Wealthy surgeon Andreas Valenti accidentally kills one of his lovers, Daniella, with an unusual objet d’arte and covers it up by dismembering and disposing of the body never realizing he’s being watched by a stalker the entire time. Daniella’s half-sister, Evelyne, knows he is somehow responsible for the girl’s disappearance and enlists the aid of Inspector Garrano to help prove it. They discover the good doctor had a rich young wife who went insane on her wedding night and was committed to a lunatic asylum; later pronounced cured, she had vanished upon release. Andreas, now being blackmailed with photos of his cover-up crime, also finds himself framed when the flower with petals of steel that did Daniella in is used to murder Evelyne. Having fallen for the dead woman, the Insector won’t stop until he gets to the bottom of the disappearances and deaths 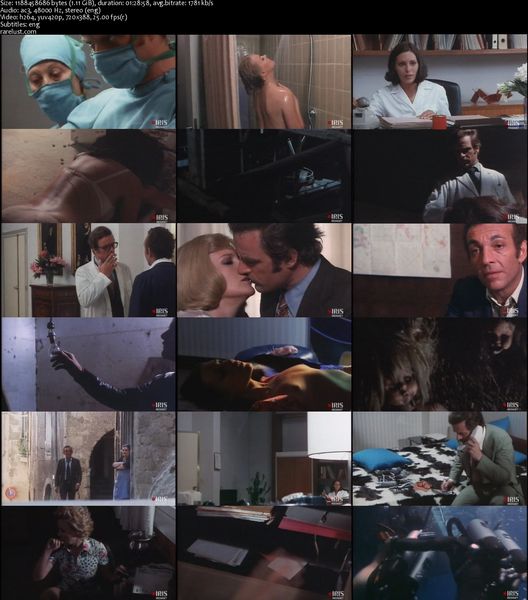