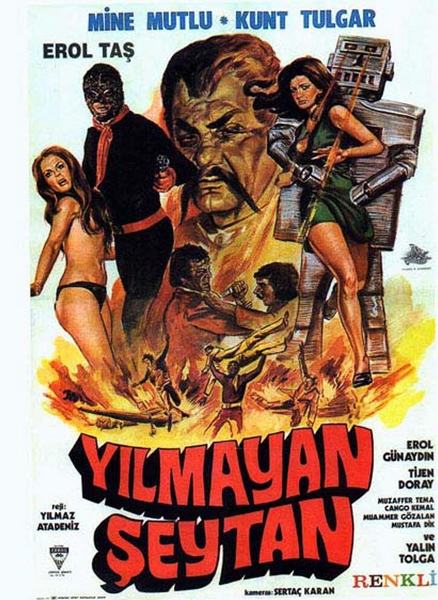 Description: Wacky, unrestrained, and with its own mystifying internal logic that cannot be entirely chalked up to the language barrier, this low-budget Turkish exploitation film from the 1973 is very weird, and both provide a very good time. THE DEATHLESS DEVIL introduces us to a young man (Kunt Tulgar) who discovers that he was adopted, and that his father was really a superhero named Copperhead. Like anyone who finds out such blood runs in his veins, he dons the Copperhead mask and goes into action. First on his list is the nefarious, mustached Dr. Satan, who has plans to steal technology that will let him control the world’s robots and electronics. This technology belongs to a kindly professor and his pretty daughter, whose safety is now in Copperhead’s hands. As he fights to bring the villain down, he finds time to enjoy the numerous Turkish beauties who disrobe for him. 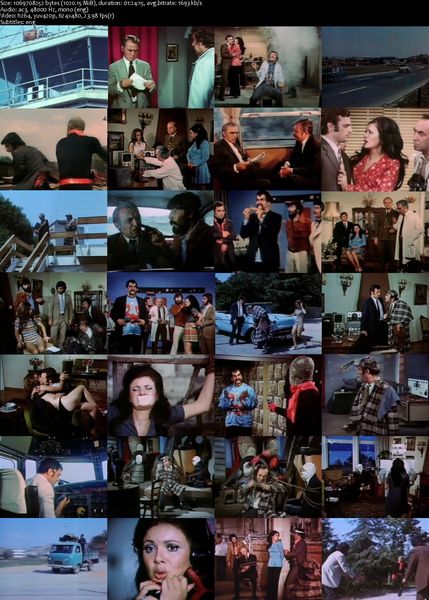