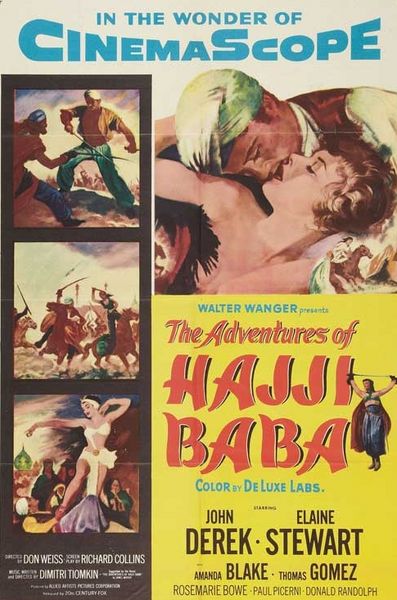 Description: In the 1950s, historical spectaculars set in the Far or Middle East became the repository for exploitive tales of eroticism, pure lust, and concupiscent freedom. The ‘decadence’ of previous times gave American filmmakers an excuse to satisfy viewers’ libidinal and voyeuristic desires. All this holds true for The Adventure of Haji Baba, a racy, sex-soaked oasis of a film. John Derek stars as an Arabian prince given a mission to escort the beautiful princess Fakzia across a desert to her wedding. Haji bets a friend that he will have succeeded in seducing her by the trip’s end and the games begin. The two, elegant in their self-assurance, trade barbs and entendres until they’re captured by robbers who are in turn captured by a group of renegade Amazons. The Amazons are all former harem girls who have taken to highway robbery and kidnapping to extract a measure of justice from the society that imprisoned them. Haji convinces the leader of the Amazons to let him live and she does as long as he can perform sexually. This buys him enough time to plan an escape with Fakzia and finally cross the desert. Haji, of course, collects on his bet. Redolent with offscreen hints of prodigious debauchery, The Adventures of Haji Baba is a unique, and unexpected, product of ’50s cinema. 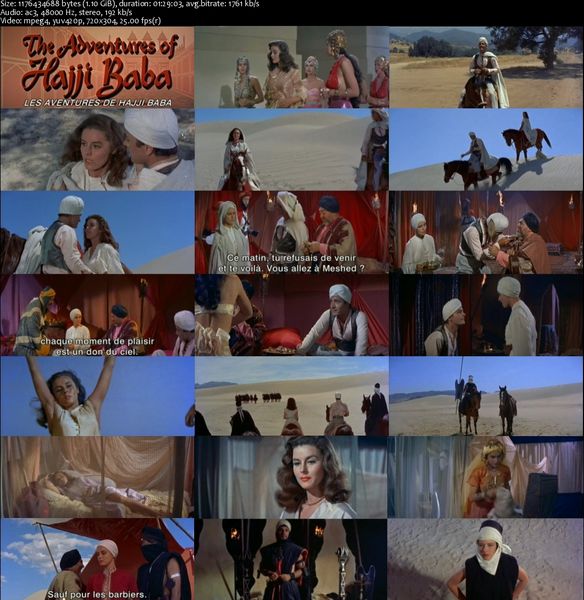 2 Responses to The Adventures of Hajji Baba (1954)