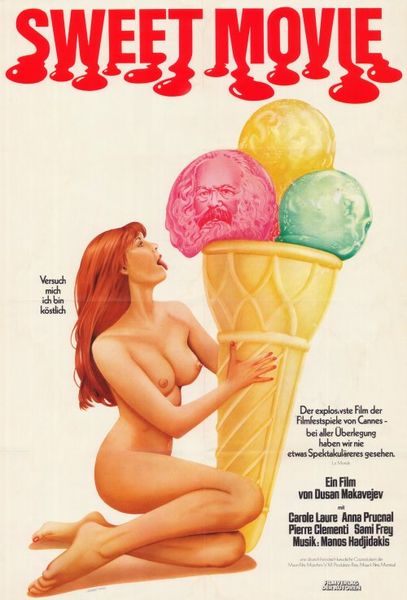 Description: The intercut story of two women: a nearly-mute beauty queen who descends into withdrawal and madness, and another who captains a ship laden with candy and sugar, luring men and boys aboard for sex, death, and revolutionary talk. The beauty queen passes from a wealthy husband whose honeymoon delight is to urinate on her, to a muscular keeper who punches her, stows her in a suitcase, and ships her to Paris, to a lip-synching rock idol with whom she has a love spasm, to an Austrian commune complete with a banquet of vomit, urine, feces, chopped dildos, and wet nurses. By then she’s in a fetal position, until everyone’s rescued by reminders that “it’s just a movie.” 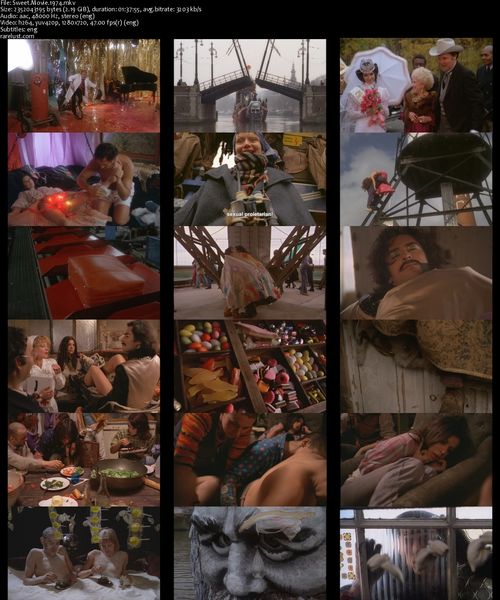