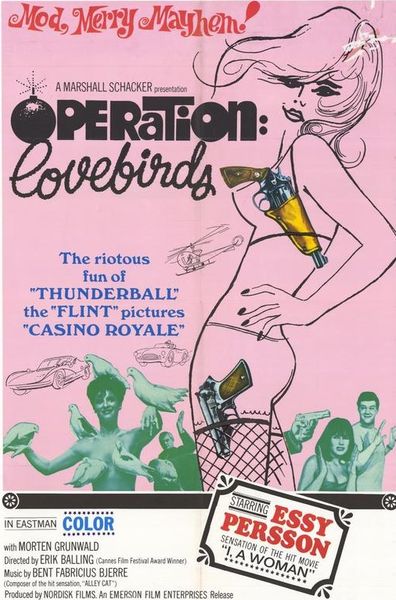 Description: Frede Hansen, a game salesman, is mistaken for a secret service agent on a ferry and kidnapped by enemy agents. He escapes and now the secret service want to use him as bait to track the enemy. They assign their best agent, Smith to be his partner and supervisor. Their main task is to eliminate the head of the enemy conspiracy, the mysterious ‘Dr. Pax’ who’s real identity is unknown. Freddy accompanies Smith to Stockholm where they are to meet Sonja, an agent for Dr. Pax, who is also on Smith’s liquidation list. Thanks to his bag of game tricks, Freddy manages to avoid being done in by Kolick, a killer for Dr. Pax. Freddy falls for Sonja, and he, she and Smith are taken as prisoners to Dr. Pax’s hideout, a remote island fortress from which a major power is to be attacked by missiles guided by trained pigeons. Freddy manages to teach Dr. Pax a lasting lesson in the difference between trained pigeons and homing pigeons. 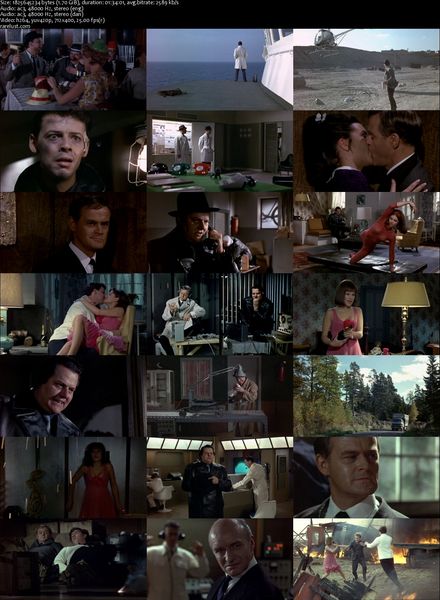