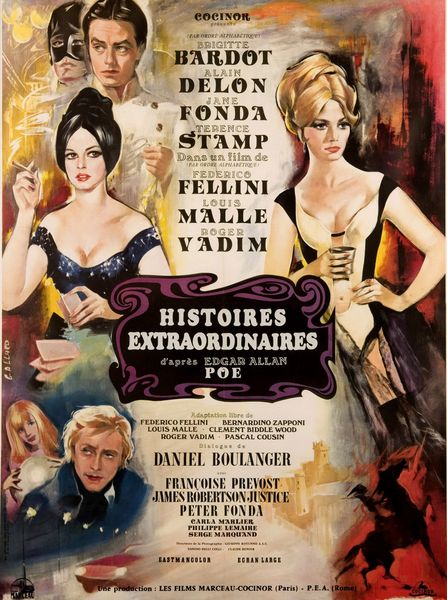 Description: Three directors each adapt a Poe short story to the screen: “Toby Dammit” features a disheveled drugged and drunk English movie star who nods acceptance in the Italian press and his producers fawn over him. “Metzengerstein” features a Mediveal countess who has a love-hate relationship with a black stallion – who, it turns out is really her dead lover. “William Wilson” tells the story of a sadistic Austrian student with an exact double whom he later kills. 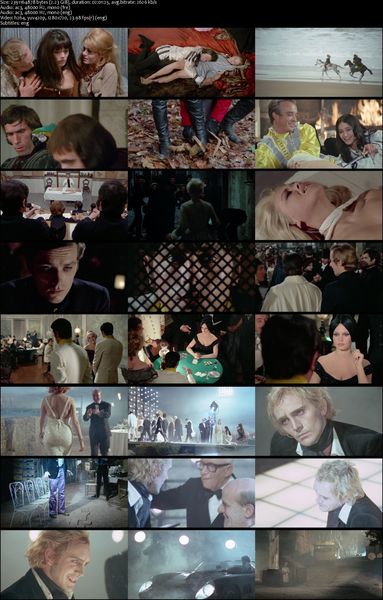