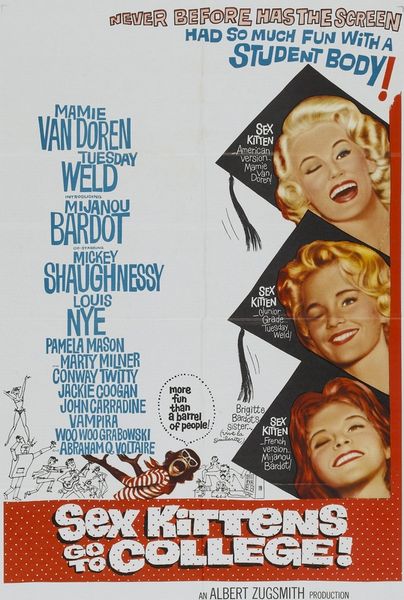 Also known as: The Beauty and the Robot, Sexpot Goes to College

Description: Collins College needs a new department head for their science department. Doctors Carter and Zorch consult Thinko, the campus computer, and come up with Dr. Mathilda West, who has degrees in lots of things, but turns out to be disruptively attractive as well. Meanwhile two thugs search for Sam Thinko who is muscling in on the race horse action, the captain of the football team is having trouble not passing out in front of the opposite sex, and Admiral McFortune, a benefactor of the college, becomes attracted to Dr. West, who has a past dangerously close to becoming public knowledge. 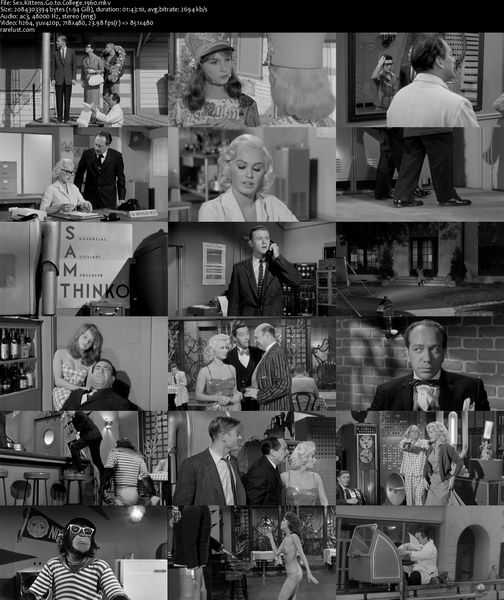 One Response to Sex Kittens Go to College (1960)