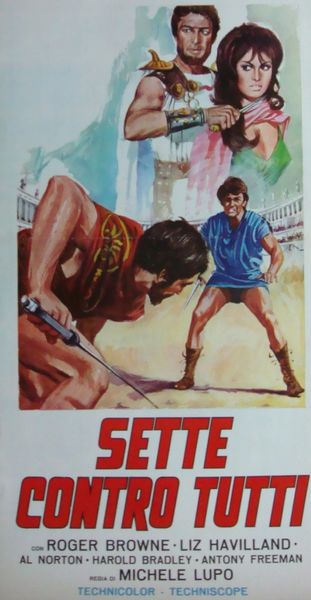 Description: The ruthless Roman tribune, Vadio, joins forces with the evil Morakeb to take over the throne of Aristea, usurping King Krontal and stealing away his lovely daughter in the process. Meanwhile, Marco Aulo, now a Roman centurion, comes to Aristea to learn where his legions war funds have gone. Vadio has him framed for treason and is thrown into the arena to fight a group of six formidable gladiators. During the fights, Marco refuses to kill those he defeats until finally, he himself loses after exhaustion takes its toll. Admiring this man, the six warriors join him and together they escape Vadio’s clutches and plot to free the kingdom from the two conspiring killers. 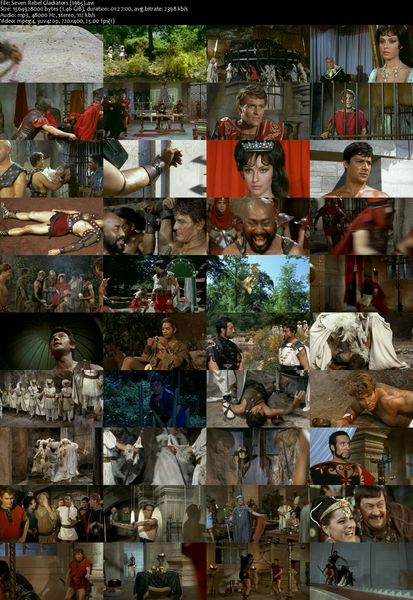