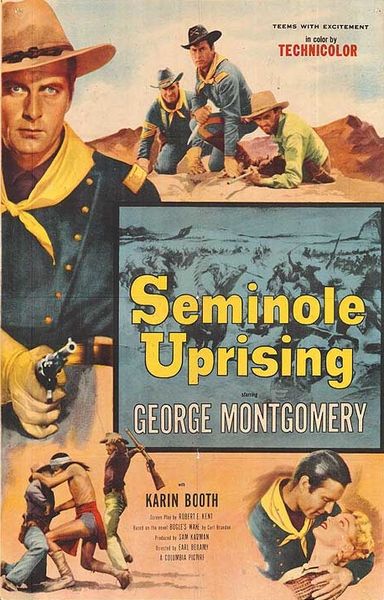 Description:  Cavalry Lieutenant Can Elliott is ordered to bring in Seminole Indian chief Black Cat, who is leading his tribe in a campaign of terror and bloodshed. Black Cat kidnaps Susan Hannah, daughter of Colonel Hannah and the girl Cam loves, planning to trade her to renegade white men for guns. Cam pursues the Seminoles, and after a bloody battle in which his small force kills hundred of Seminoles with avalanche and fire, forces Black Cat’s surrender. 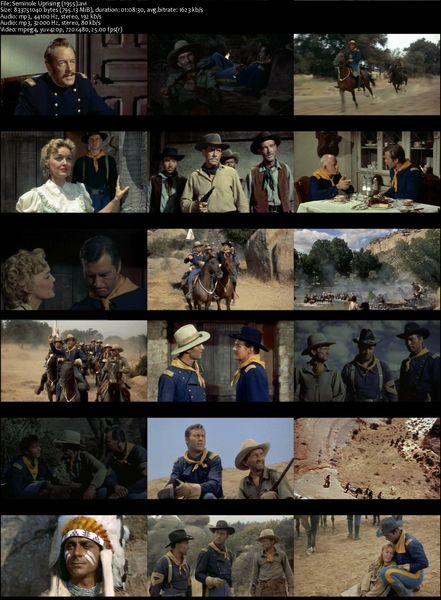 One Response to Seminole Uprising (1955)