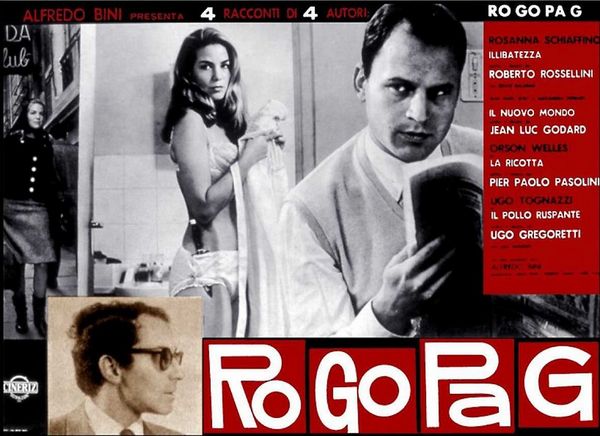 Also known as:  Let’s Have a Brainwash, La ricotta, Illibatezza, The New World

Description: This consists of four short films by different directors. Rosselini’s ‘Chastity’ (‘Illibatezza’) deals with an attractive air hostess who receives the unwelcome attentions of a middle aged American. Godard’s ‘New World’ (‘Il Nuovo Mondo’) illustrates a post-apocalypse world the same as the pre-apocalyptic one but for an enigmatic change in attitude in most people, including the central character’s girlfriend. In Pasolini’s ‘Curd Cheese’ (‘La Ricotta’), a lavish film about the life of Jesus Christ is being made in a poor area. The impoverished people subject themselves to various indignities in the name of moviemaking in order to win a little food. The central character is hoisted up on a cross for filming, and dies there. Finally comes Gregoretti’s ‘Free Range Chicken’ (‘Il Pollo Ruspante’) in which a family of the materialist culture inadvertantly illustrate the cynical, metallic voiced doctrine of a top sales theorist. 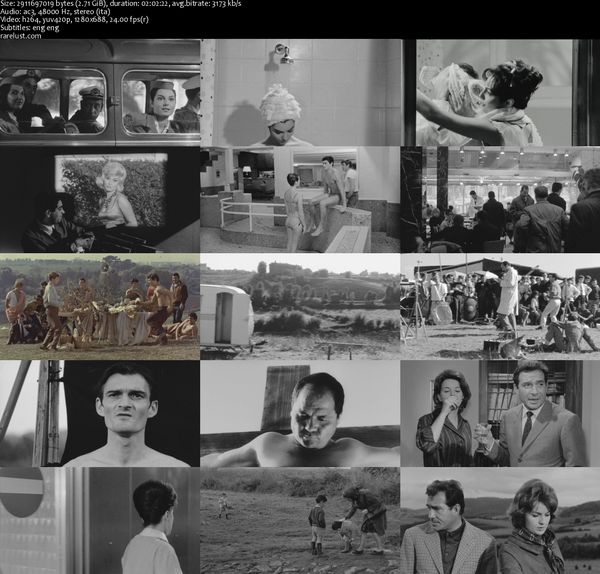