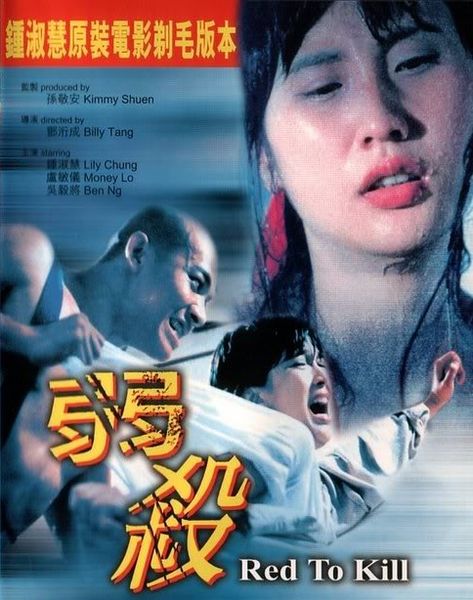 Description: A psychopathic rapist, who attacks women that wear red, runs a home for children with learning difficulties, and rapes a girl there who he sees wearing a red dress, leading to a revenge plot by the girl’s social worker.

Review: Extremely brutal and extremely good….This is the most brutal graphic rape movie I have ever seen, and also one that lingers in your mind long after it is over. For me, that’s exactly what I want when I see a movie, one that leaves a lasting impression no matter how difficult the impression might be. I loved this movie, because it is very very well made, and the acting performances are incredible. Yes, the rapes are unforgiving in every respect, and the misery throughout the film is almost difficult to watch at times. This is not a gory movie, except for the last ten minutes, it is a very disturbing movie and it does have a fair amount of nudity, however it really needs to. brutally serious from the first frame to the extremely nasty ending. The story is pretty simple, a psycho-rapist is on the loose and he’s going after a mentally retarded young dancer. In the second graphic rape of the movie he does the deed to the young lady. Enter a female social worker who tries to help the victim, and dreams up a plan to get even with the rapist after he gets off in court because of a stupid technicality. Her plan succeeds to a certain extent, but not like she planned it, and the rapist comes after her full force. The actor who plays the rapist is absolutely sensational, and I might add, the musical score is perfect. The music adds so much to the all ready existing tension from all the horrific acts. The actress who plays the retarded girl is also amazing, one of the best performances on film you will ever see. To end this, this is a must-see movie for fans of this genre, and I’m just getting started myself. Not the gore associated with the two previous Cat III movies I watched, but something even more terrible and unrelenting, and an uneasy feeling that will not leave you anytime soon after you see it. “Red to Kill” is flat out a good movie, even considering the subject matter. I highly recommend it.