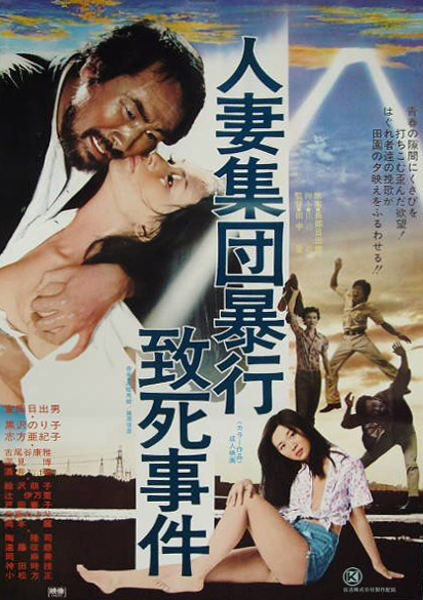 Description: 3 young boys drunkenly rape a woman named Emiko, the wife of a man they’ve developed a friendship with. She dies of heart failure during the attack.Her chicken farmer husband, incapable of dealing with her death tends to her corpse as though it were still alive completely unable to accept her demise. 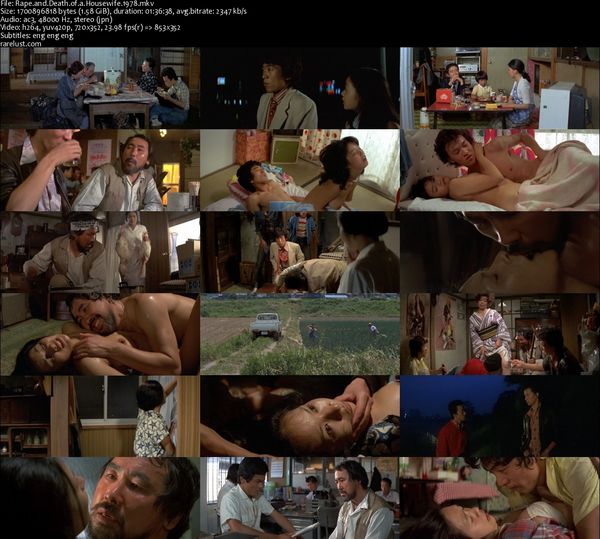