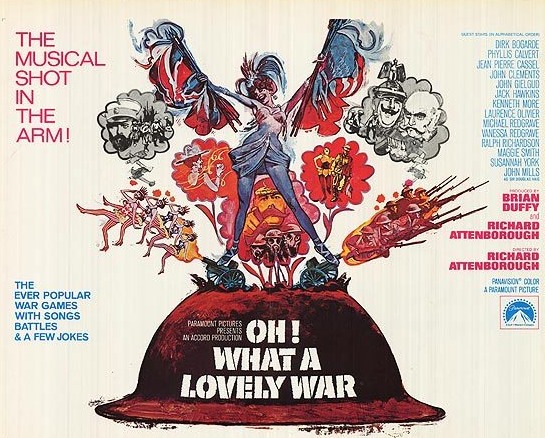 Description: A movie about the First World War based on a stage musical of the same name, portraying the “Game of War” and focusing mainly on the members of one family (last name Smith) who go off to war. Much of the action in the movie revolves around the words of the marching songs of the soldiers, and many scenes portray some of the more famous (and infamous) incidents of the war, including the assassination of Duke Ferdinand, the Christmas meeting between British and German soldiers in no-mans-land, and the wiping out by their own side of a force of Irish soldiers newly arrived at the front, after successfully capturing a ridge that had been contested for some time. 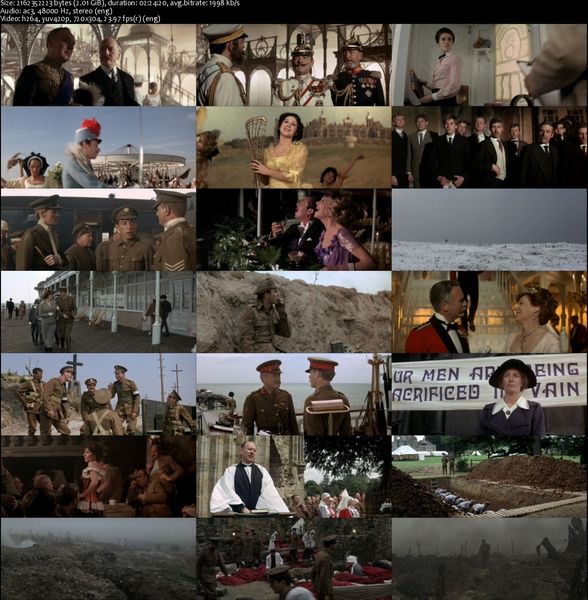