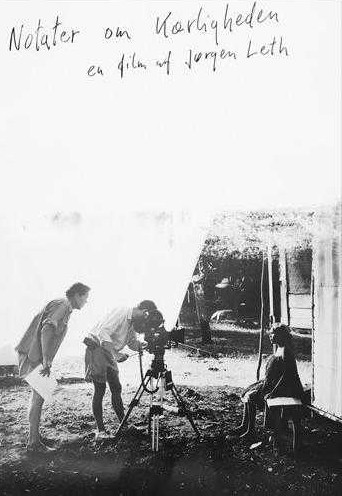 Description: Jørgen Leth made Notater om kærligheden during a crisis in his life and it is a sombre, perhaps very personal film. The tone is struck by Leth’s voice, which accompanies a shot of him shaving at the start of the film with the word “Repugnance”. The actors are used as properties in the loosely conjoined, sketch-like scenes, and a series of simple themes reappear from Det gode og det onde, of which this film lies clearly in continuation: house fronts behind which people live, smoking a cigarette, and perhaps the most important theme of the film, touch. Other important moods or emotions include restlessness, indecisiveness, and more tangibly, writer’s block, with which Leth’s alter ego in the film, Claus Nissen, struggles in a brick set by Per Kirkeby. Nissen also takes up his character from Det perfekte menneske and Det gode og det onde in several scenes. In a loose structure kept together by several recurrent motifs such as a large tree lit at night, a canoe gliding along a river in . 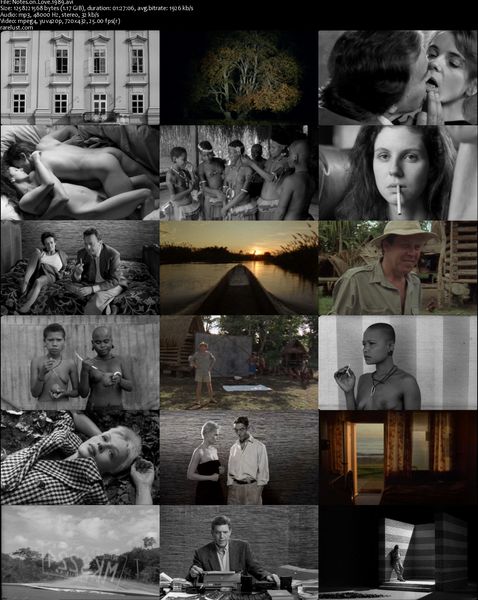