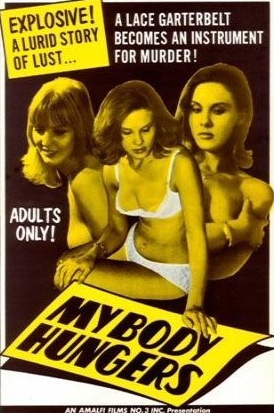 Also known as: My Body Cries, The Lace Rope

Description: Marcia, a sexy bucolic orphan, hitch-hikes to the city to meet up with her sister, who has promised her a job at the roadhouse where she works as a hostess. She has no qualms about sleeping with her driver in order to be safeguarded to her destination. Once she arrives, she discovers that her sister has recently been violently murdered — in a stangulation by garter belt. Marcia takes her sister’s job in order to go undercover in finding the murderer. She thus imperils her own life while making discoveries about her sister’s former lifestyle and the seamy antics of the local civic leaders. 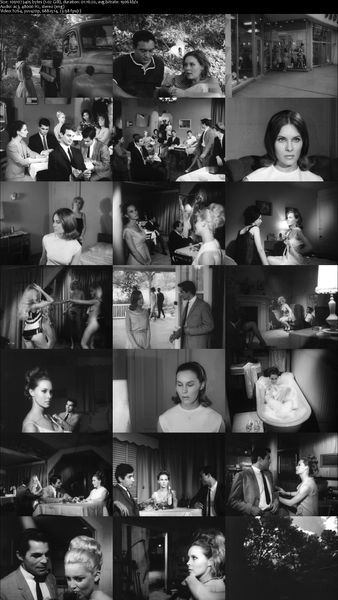