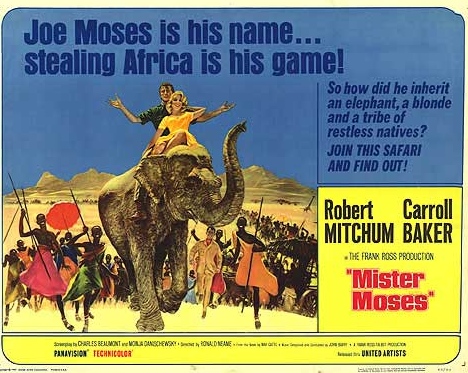 Description: The latter-day Mister (Joe) Moses is a snake-oil pitchman who is chased out of an African village and is found, literally, in the bull-rushes by Julie Anderson, daughter of missionary Reverand Anderson who has learned that he is a diamond smuggler and threatens to expose him to her fiancé Robert; the district commissioner if he doesn’t help lead an African native tribe to their new homeland. With the aid of a pitchman’s accessories, including an ability to set fire to a bush, a friendly elephant and his carnival wagon, the schemer is forced to lead his newly found friends out of their settlement which is condemned to be flooded by a new dam. 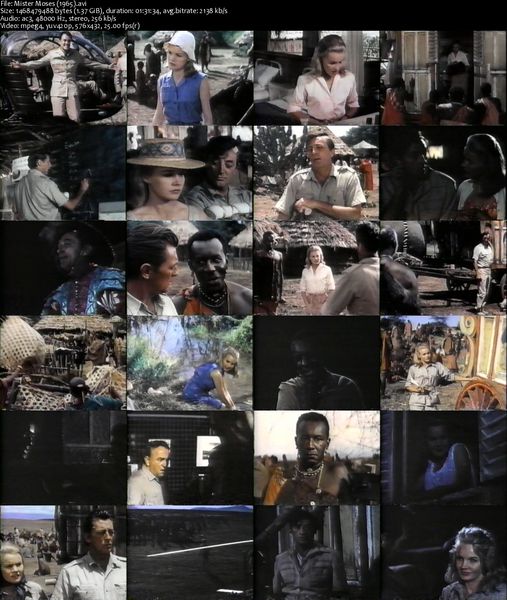