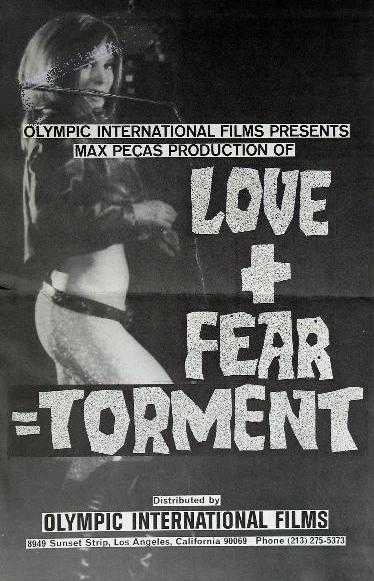 Description: Love + fear = Torment” is one of the most erotic and sensual films ever to be imported from France by Olympic International Films. It was only because of the significant social importance of this picture that U.S. Customs authorities allowed such a startling picture to be admitted into this country. It shows in infinite detail, the raw realistic side of French life, and should be one of the year’s top box office draws. “Love + fear = Torment” exposes the secret world of the French model studios, and the men who try to corrupt them. Mobsters become involved when fifty-thousand dollars worth of uncut gems are stolen. A model studio becomes terrorized as one of the models innocently befriends one of the mobsters.