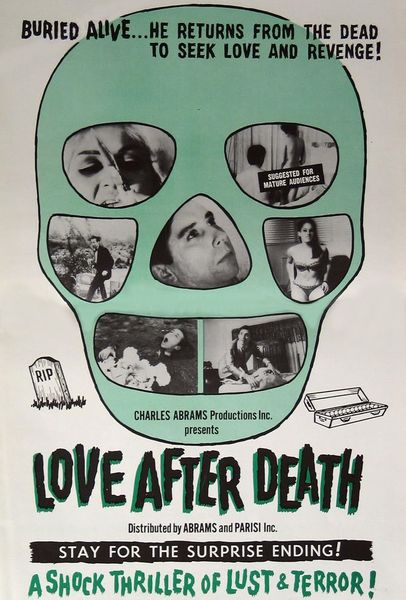 Description: During a cataleptic fit, Montel is buried alive, a burial plotted by his greedy wife Sofia with several men, including her lover, Montel’s doctor. Exiting his grave, Montel goes on a sexual rampage. When the conspirators engage in gun play at an abandoned castle, Montel arrives to stab the doctor and strangle Sofia, followed by the revelation that he is actually dead.