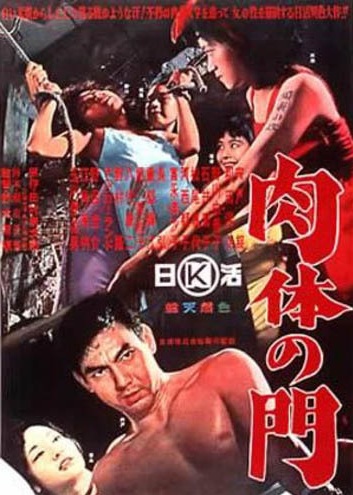 Also known as: Nikutai no mon

Description: After World War II, some Tokyo prostitutes band together with a strict code: no pimps, attack any street walker who comes into our territory, defend the abandoned building we call home, and punish whomever gives away sex (who falls in love). Maya, a young woman whose family has died, joins the group. Into the mix comes Shin, a thief who’s killed a G.I. The women allow him to hide while recovering from wounds, but then he won’t leave. Maya is drawn to him, discovering as she falls in love that she can feel again; she’s now more fully human, but at the same time, she’s endangered herself and her livelihood. Can she and Shin make it out of Tokyo to establish life as a couple? 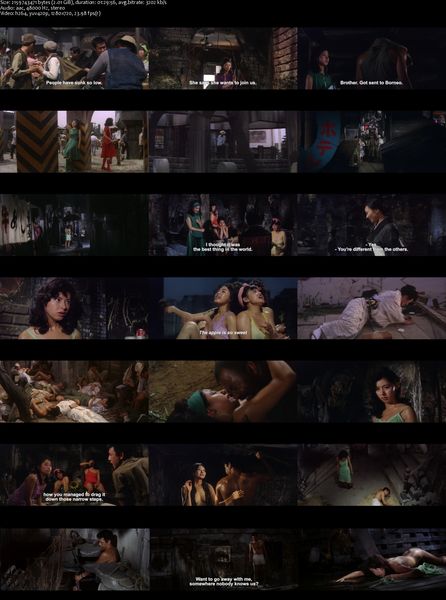 Tagged 1960s, Based On Novel, Japan, Japanese. Bookmark the permalink.