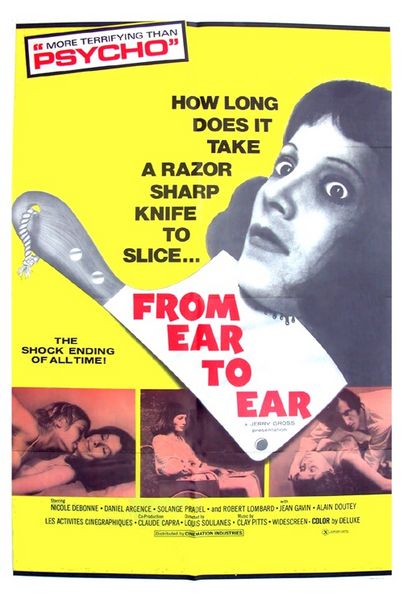 Description: mean-spirited thriller, sometimes vaguely erotic, but mostly just twisted. Nicole DeBonne, who stared in Max Pecas’ “Claude and Greta” (aka “Her and She and Him”) and who looks very much like a young, red-haired Joan Rivers, stars as a probably twenty-year-old girl who lives with her mute sister, her blonde cousin, with whom she cuddles while topless more often than not, and her mother in a relatively large house in the French countryside. Men are in short supply, except for the beefy one who comes to service DeBonne on occasion, and when the cousins see a man they tend to go rather wild. Most of their time, though, is spent caring for DeBonne’s mute sister who was traumatized by a childhood friend’s death at an early age and has thus been rendered unable to speak, or even feed herself. The cousins slap her around, attach a loud radio to her wheelchair, and force her to observe their marijuana toking. The mother goes away on business for a weekend, and the cousins have a rollicking swingers’party, which climaxes in something other than an orgy. Fearing exposure from their mute witness to their activities, the cousins try to scare her to death. 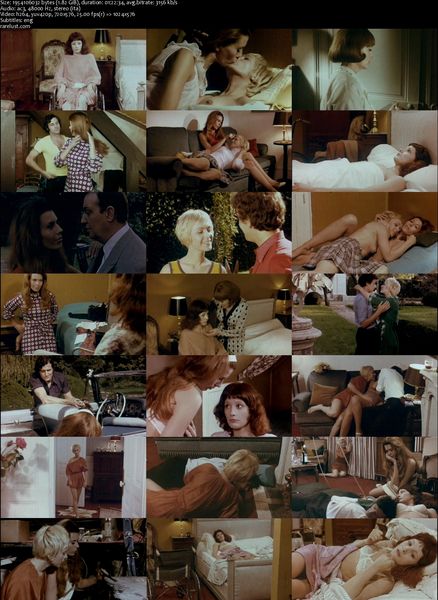 Tagged 1970s, Based On Novel, France, Italian. Bookmark the permalink.