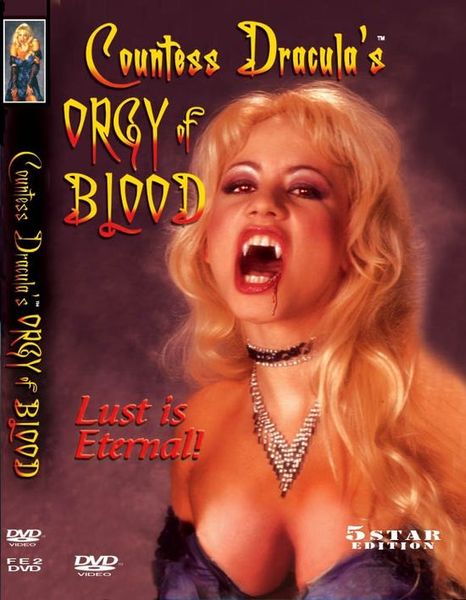 Description:  Southern California 1897: While Dumas [Mark Bedell] is in the parlor cleaning his gun, his sister Roxanne [Kennedy Johnston] is in the bedroom being seduced by the lusty vampiress, Diana Ruthven [Glori-Anne Gilbert]. When Dumas finally puts down his gun and checks on Roxanne, he finds her bed empty. Suspecting that Roxanne has been spirited away by vampires, Dumas consults with Padre Jacinto [Paul Naschy]. Arming himself with a cross, a bottle of holy water, and a Bible, the Padre and Dumas set off to find the vampires’ sanctuary. There they find Roxanne, stake Diana, and stab Lord Ruthven with a silver dagger as he lies in his coffin. Padre takes this as a sign from God and vows to fight against such evil until it is eradicated from the world.