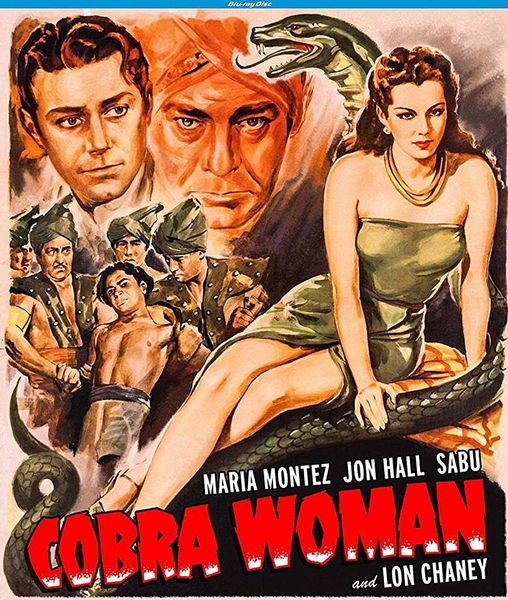 Description: Upon discovering his fiancée Tollea has been kidnaped, Ramu and his friend Kado set out for a Pacific isle where all strangers are to be killed on arrival and the inhabitants, who are frequently sacrificed to an angry volcano god, worship the cobra. The island is ruled over by Tollea’s evil twin Naja, the Cobra Woman, who, besides having designs on her new prisoner Ramu, also desires to eliminate any competition from her benevolent sister. 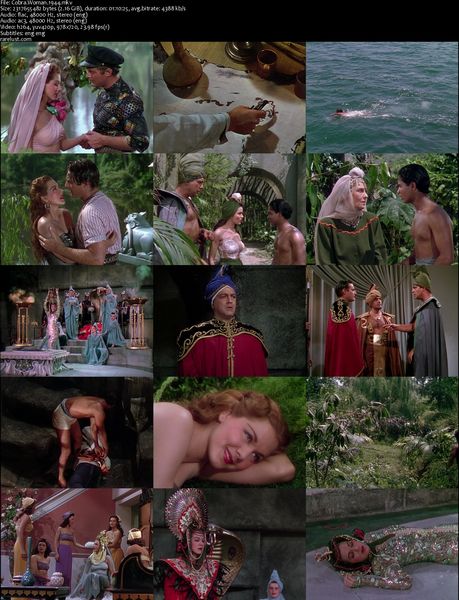