Description: A marine is drummed out of the corps after being accused of murdering his own brother by shooting him in the back during a training mission. However, later it is revealed that their best friend committed the murder to cover-up his exposure as the leader of a special mercenary unit. This then pits the ex-marine against the mercenaries when he refuses to join them. 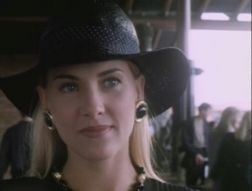