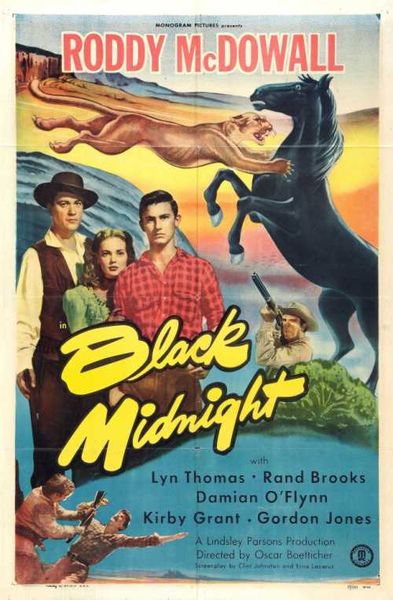 Description: Scott Jordan (Roddy McDowall) and his Uncle Bill (Damian O’Flynn) take time from their own ranch chores to welcome home Martha Baxter (Fay Baker and her Daughter Cindy (Lyn Thomas), gone from their ranch two years. Sheriff Gilbert (Kirby Grant) gives Cindy her late father’s mare, “Lady.” Bill’s son Daniel (Rand Brooks), who had run away from his dad’s ranch, returns with his friend Roy (Gordon Jones), and several wild horses. When Daniel threatens to kill the wild stallion, Midninght, Scott buys him for $30. With patience Scott succeeds in taming Midnight. Cindy becomes interest with Daniel, but when her mother proves he is lazy, the girl is angry at Scott, thinking he has been party to the expose. When the sheriff becomes suspicious of Roy and the brand on Daniel’s horses, the latter has Roy steal Midnight to get rid of him. The stallion tramples Roy to death when the latter attack him, and Scott rides away on Midnight to prevent Bill from shooting the animal. 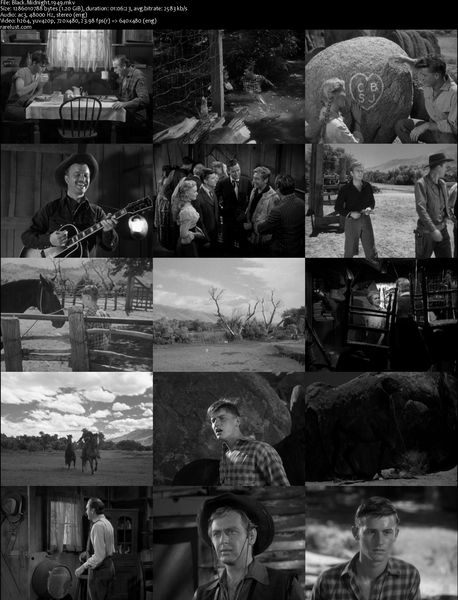