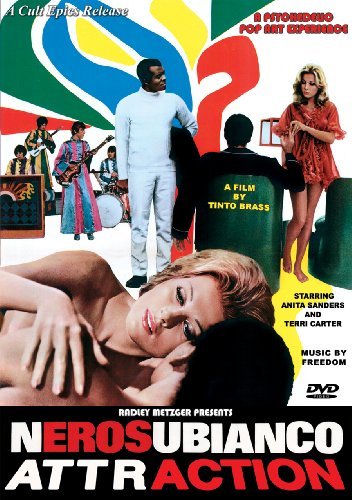 Description: One of the great taboo-smashers of the late ’60s, directed by Tinto Brass, featuring interracial affairs, anti-Vietnam statements, violence versus sex. ATTRACTION (NEROSUBIANCO) will stun anyone expecting a standard softcore European sex flick as released originally in the US as THE ARTFUL PENETRATION OF BARBARA. Brace yourself for a whirlwind trip with a married woman (Anita Sanders) whose journey through the psychedelic English youth scene awakens her to the carnal offerings of an African-American man (Terry Carter), all set to a searing soundtrack by Freedom, a tripped-out group formed from the remnants of Procol Harum.