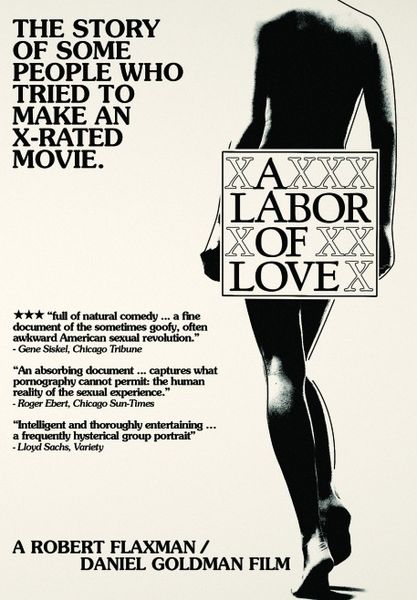 Description: In 1975, Chicago filmmakers Flaxman and Goldman got carte blanche to film the shooting of a local X-rated film called THE LAST AFFAIR. Neither AFFAIR’s director (who envisioned the film as “a combination of Fellini and Bergman”) nor its cast (which included then-unknowns Betty Thomas and Ron Dean) had ever worked in porn before. Made in the classic cinema-verité style of Drew and Leacock, A LABOR OF LOVE is a revealing and often hilarious exposé of the hidden side of hardcore: onscreen partners despise each other offscreen, male performers can’t “get wood,” an actress has her period, Ivory Liquid is substituted for semen, and the director declares, “I really dislike every minute of this!