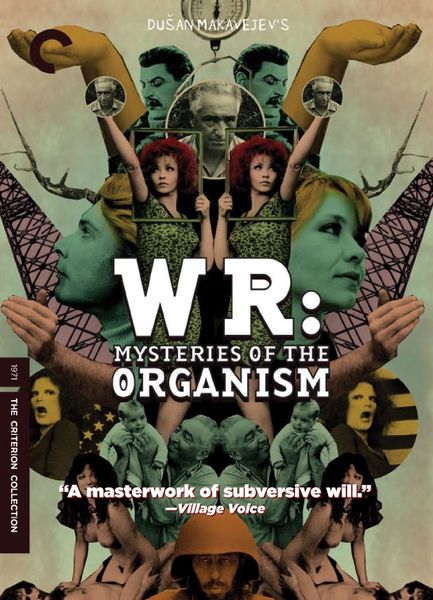 Description: A dense film that cuts up footage of a primary plot of two young Yugoslavian girls, one a politico and the other a sexpot, and an affair with a visiting Russian skater. Mixing metaphors of Russia’s relationship with Yugoslavia, intercut with footage and interviews with Wilhelm Reich and Al Goldstein of Screw magazine. The film applies Reich’s theories of Orgone energy and analogies of Stalinism as a form of Freudian sexual repression. Also known as W.R. The Mysteries of the Organism in English subtitled version. Was banned in Yugoslavia shortly after it was made.

One Response to WR Mysteries of the Organism (1971)