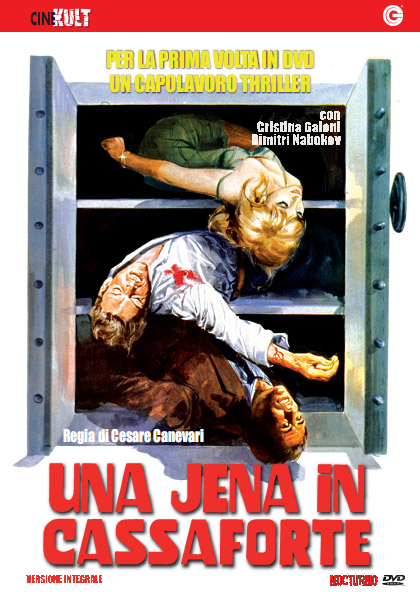 Also known as:  I listeia tou Amsterdam, A Hyena in the Safe

Description:  Four notorious bank robbers – Klaus from Germany, Albert from France, Juan from Spain and Carina from Tangiers meet up in an isolated Castle to divide a large number of diamonds hidden there by their former, deceased boss Boris whose Italian wife Anna is hosting the party. Unfortunately, the stones are kept in a massive safe and only all of the five keys distributed by Boris among his fellow collaborators, can open it. Albert, the French guy, upsets the bunch not only by not producing his key but also by bringing his attractive Girlfriend Jeanine along. Soon, greed, betrayal and mistrust are setting the criminal weekend party on fire.

One Response to Una iena in cassaforte (1968)