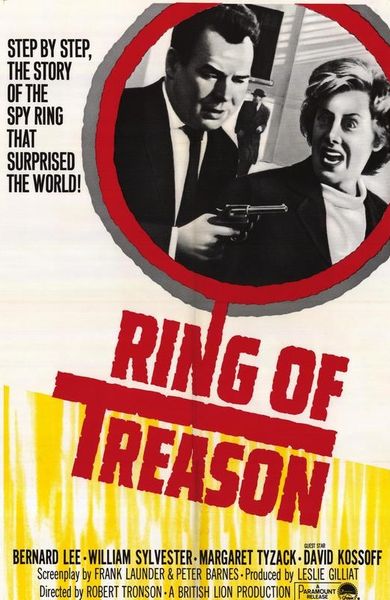 Also known as: Ring of Spies, Shadow of Treason

Description: The film is based on the actual events of the Portland Spy Ring trial in the U.K. A disgruntled Navy Clerk is transferred to a secret research establishment and is subsequently black-mailed/paid by Czech intelligence to procure secrets for them. He seduces the secretary who controls the most secret documents, and they enjoy the fruits of their treachery until the British authorities begin to close in on them. 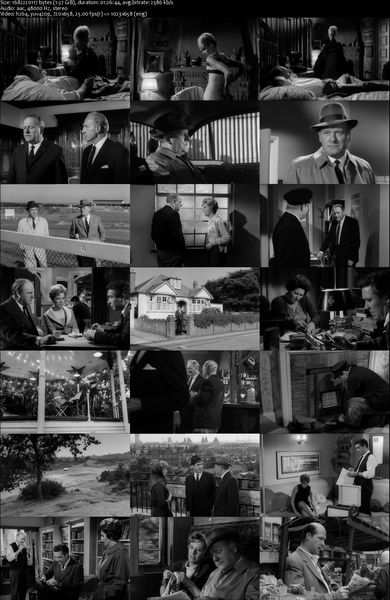