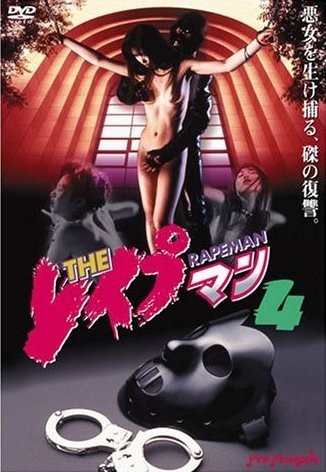 Also known as: The Reipuman 4

Description: The Rapeman is back with more wacky sense of humor and high moral virtues ! This episode starts with a request for a pop-star to be raped into humility by her personal-assistant, who the star had treated like crap. The pop-star get’s hers when Rapeman shows her that she ain’t always the boss. From there the story shifts gears when a Senator’s secretary seeks out Rapeman’s services to rape his fiancee who has been brainwashed by a local cult. According to the by-laws of the cult – if the woman has sex with a non-member, then she will be disassociated from the cult, thus bringing the wife back to her husband. This back-fires when the cult does not ex-communicate her – so Keisuke and Uncle infiltrate the cult to get to the bottom of their shady dealings. The resulting investigation embroils the duo in a conspiracy between the cult and a sleazy politician that can only be “righted through penetration”. 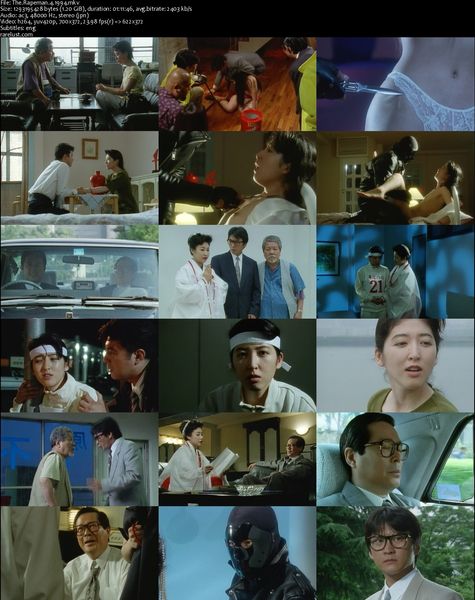