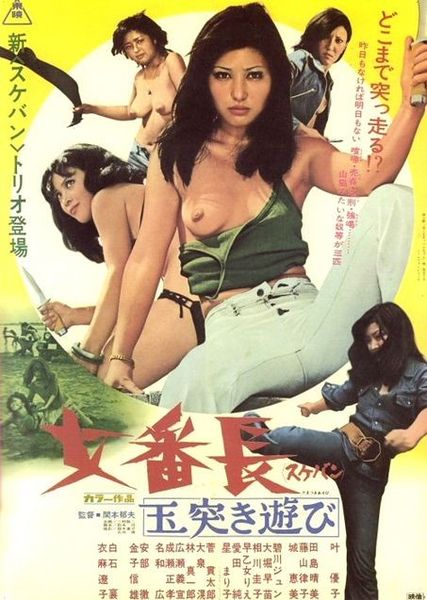 Description: Released from reform school, the Girl Boss (Yuko Kano) and her girl gang enter in conflict with another girl gang who are allied to the powerful Yakuza Boss (Toru Abe). The Girl Boss teams up with a single, handsome Thief (Noboru Shiraishi), and the couple end by having sex together. The two make a plan to rob the Yakuza’s clandestine diamond transport. They do it easily, but the Yakuza Boss easily finds who did it. He secretly starts tracking the individual girls, and has them killed one by one. The couple and the few remaining girls concoct a spear-gun-toting, hang-gliding attack on the Yakuza Boss’s headquarters in a small island. After the landing, there is a massacre, and the Thief pays his loyalty to the Girl Boss in a deadly gun fight duel with the Yakuza’s Second-in-command. The surviving girls have not much to rejoice. 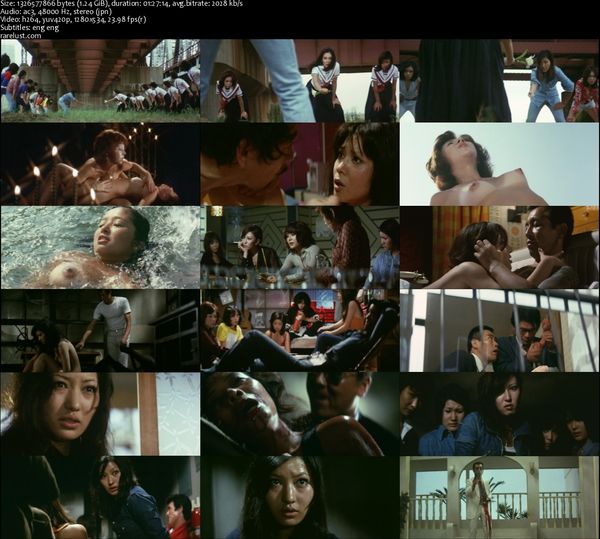